The Anglo-Asian Friendship Society is the largest multi-faith registered charity in Britain and operates across three continents with particular focus in India, Pakistan, Canada and Greece. It has almost 3000 members in Britain, members of every race, religion and community.

WE EXIST TO PROMOTE TRUE FRIENDSHIP BETWEEN COMMUNITIES ON THE BASIS OF OUR SHARED HUMANITY, SERVING ALL TO UNITE IN PEACE AND PROSPERITY

Since its inauguration in 1984 it has specialised in providing free of cost expert advice surgeries held by professionals in all fields including barristers, health workers, doctors and financial advisers. Senior members versed in world religions lead ‘faith counselling’ sessions that promote cross-cultural understanding through pan-religious guidance.

We have also excelled at reaching out to young British Muslims to engage them in the charity’s founding philosophy of friendship between faiths.

Since 9/11 and the spectre of worldwide terrorism, politicians have been compelled to engage minority faith communities like never before.

However, rather than constructively engaging with communities or recognising democratically representative organisations they continue to fall back on ‘community leaders’. These usual suspects are too often self-serving, self-appointed and wholly detached from the communities they claim to represent.

Recognising our achievements and boundless potential, the Charity Commission registered the Anglo Asian Friendship Society with truly unprecedented powers. We have the will and capacity to become Britain’s premier multi-faith race relations charity, uniting humanity throughout the world in peace and progress. 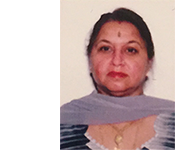