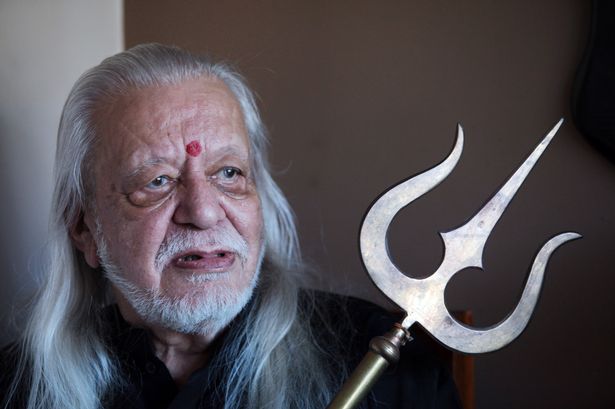 I am not a wealthy man, not in pennies and paper, at least. As a simple humanitarian with an unending passion for charitable service, the fortunes I have sought were found amongst our poor and neglected.

Decades since arriving from Kenya with little but whimsical ambition, I hope an Amnesty International Lifetime Achievement Award and United Nations Peace Gold Medal prove the idealism of my youth was not entirely misplaced.

As a devout Hindu, the Vedas and guidance of Sant Dho Gutta Whallah Babaji have been immense solace and inspiration. My adult life has been devoted to their teachings, inspiring charitable service to people and nations for over 30 years. I have lived my life and raised a family by the Vedas. Now, in the frailty of my twilight, I yearn to die by them.

As a Hindu, I believe my soul must be liberated by consecrated fire (Agni) – a sacramental rebirth, like the mythical phoenix arising from the flames anew. In Hindu Sanatan Dharma, death is considered an intensely spiritual occasion, necessitating specialist priestly guidance to ensure fidelity to the mystical Vedic ritual science.

In India, this sacrament of fire is followed to this very day by prime ministers, mahatmas and peasants alike. Notwithstanding that gas/electric crematoria are also available in India also, Agni’s divine golden flame is ever present in a practicing-Hindus life, the very focal point of one’s wedding vows and devotional havan rituals – in India and Britain alike.

Were it needed, the unspeakable 2008 Mumbai terror crisis revealed once again the sacramental cremations of Additional Police Commissioner Ashok Kamte and other civic martyrs, their funeral pyres with full state honours. I pray I am not denied the solace of my sacrament on my dying day British Hindus are unquestionably a ‘model migrant community’. However, in modern multi-cultural Britain, Hindus have become compelled to abandon their last rites more than any other minority faith community.

Hindu last rites are now condensed and pre-packaged in ‘Chapels of Rest’ designed like Anglican churches. No one expects Hindus to marry in a church, so must Hindu last rites be shoehorned through Chapel buildings and industrial waste disposal procedures?

I do not deny the case is provocative but I honestly do not believe natural cremation grounds would offend the decency of the British public – as long as they were discreet, designated sites far from urban and residential areas.

My proposals may be contrary to current norms but my loyalty is to Britain’s values of fairness, tolerance and freedom – not its passing norms. If I cannot die as a true Hindu, it will mean those values have died too – and that would be the greatest loss of all.

I want to clarify and enforce the law, not change it.

Unlike the legislative lobbying required in the successful campaigns in Pakistan, Greece and others, I have argued since 2006 that Britain’s laws already allow for natural cremations in the open air. I relied on those same laws to honour the wishes of a grieving mother in July 2006 and lighting the funeral pyre of Rajpal Mehat in Northumberland – with the permission of Northumbria Police.

British courts have confirmed the legality of natural cremation since 1894, even enabling successive British governments to facilitate funeral pyres -for Indian British Army soldiers during the 1st World War and then for visiting Nepalese royalty in 1934. I ask for equality, not exemptions.

I want, and others like me deserve, bereavement public services that offers a level playing field to all minority faith communities. At present, they do not. Local Authorities routinely provide separate Muslim and Jewish burial grounds and out-of-hours registration and immediate or weekend burials.

Hindus are required by scripture to cremate before the following sunset too and yet we, along with the general public, have wait for up to a week.

In fact, Local Authorities even resort to cremating bodies consecutively – a cost-saving exercise at the expense of maintaining the individual integrity and identity of ashes returned to the deceased’s next of kin.

Support from Across Continents

I am humbled that the judicial review has attracted support from the highest Hindu and Sikh religious echelons in India and also a wide grassroots response in Britain.

I was delighted to present the High Court evidence from the very highest echelons of both Hindu and Sikh faiths – such as the affidavit of ‘Hindu Pope’ Shankaracharaya Dibyananda Teerth and letter of Shiromani Gurudwara Parbandhak Committee President Sardar Avtar Singh Makkar, who appealed to Indian Prime Minister Dr Manmohan Singh to impress Sikh interests upon the British government.

This was further echoed by the legal Intervention into the judicial review of a corpus of British Sikh Gurdwaras, led by Hitchin Gurdwara and a number of others from the Midlands.

Since the judicial review application was first submitted in 2006, I and my supporters have had to overcome a tide of official opposition and obstacles from Ministry of Justice lawyers, Cremation Authorities and the Legal Services Commission (LSC).

The LSC even rejected my legal funding application initially, claiming the chances of success were poor, despite overwhelmingly supportive case law.

The LSC also cited the opposition of the Hindu Council UK, which subsequently revised its policy after reviewing the searing and compelling expert report I commissioned by Prof. Hriday Ranjan Sharma, Dean of Vedas, Banaras Hindu University.

I am proud that the Hindu Council UK joined a majority chorus of support before the High Court trial commenced, that, “individual choice of those Hindus who wish to follow the ancient Hindu scriptures and wish to have open air funerals should be honoured.”

The LSC’s refusal, in any event, had been overturned after Justice Sir Andrew Collins granted permission for a full hearing and accepted the case was, “of considerable importance for Hindus and it will not go away.” Throughout the inevitable struggles of this historic campaign, I have been ever-grateful for the equity, dignity and courtesy with which Her Majesty’s