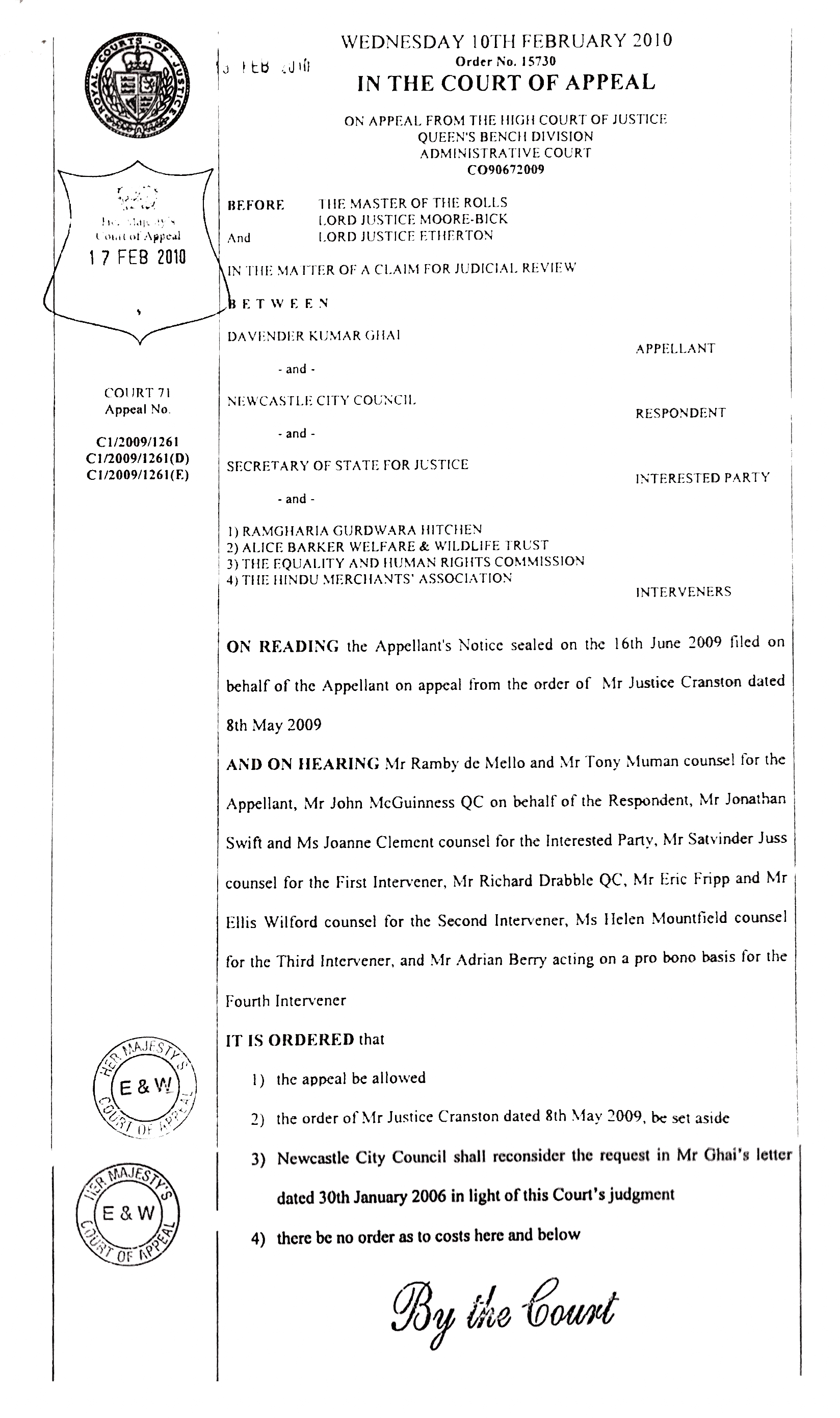 The Court of Appeal ruling was delivered in February 2010 by Lord Neuberger (Master of the Rolls and Britain’s most senior civil judge), Lord Justice Moore-Bick and Lord Justice Etherton.

Baba Ghai’s four year long campaign to clarify UK cremation laws concluded with a ruling that his request to be, “naturally cremated and, like the mythical phoenix, rise from the flames anew,”  could, “be accommodated under the Cremation Act 1902 and the Regulations.”

On 17th February the Court of Appeal issued an Order requiring Newcastle City Council to reconsider its refusal to provide land for a funeral pyre cremation site in February 2006. The legal battle was finally over but the political struggles had only now begun.

After 4 weeks of silence, Baba Ghai made contact with Newcastle City Council and a meeting was arranged in March. The City Council were asked to consider the full range of options, such as granting land or subsidised terms, liasing with neighbouring city councils and commercial partnership. Newcastle City Council agreed to provide a listing of its available and appropriate sites. The Department for Communities and Local Government, along with the Ministry of Justice, convened Roundtable consultations with Hindu and Sikh respresentatives in May to discuss the implications of Baba Ghai’s legal victory. Neither Baba Ghai nor the AAFS were invited until the DCLG relented to invitees criticised their omissions.

In India, cross-party political leaders hailed Baba Ghai’s legal victory. Meetings with senior parliamentarians included the Speaker of the Lok Sabha (Meira Kumar), Leader of the Opposition (Sushma Swaraj) and former Deputy Prime Minister Mr L.K.Advani – with assurances of motions in the 2010 Lok Sabha session to confirm that the British government will honour the spirit of the Court of Appeal verdict. Baba Ghai was also honoured by the Delhi Chief Minister.