The Alice Barker Welfare Trust is a secular organisation promoting greater choice for the dying and bereaved and argued that funeral pyres shared a similar ethos with Britain’s thriving woodland burial movement and offered a valuable opportunity for more natural, intimate and personal funerals. The Trust also drafted plans for cremation grounds that would satisfy the environmental heatlh, fire safety and public decency requirements.

A corpus of UK Sikh temples comprising of gurdwaras in Hitchin, Wolverhampton and Coventry were represented by Prof. Satvinder Juss. They acknowledged that funeral pyres were not a Sikh religious requirement (the Rehat Maryada permits any form of funeral) but argued that many Sikhs in Britain would prefer pyres as a matter of culture and traditional practice – and that they should be entitled to that freedom of choice. This followed the support of the Shiromani Parbandhak Committee, the ‘Sikh Parliament’ at the Golden Temple, which urged the Indian Prime Minister to lobby the British government to support Baba Ghai’s proposal.

Religious and cross-party political leaders from across India hailed Baba Ghai’s legal victory during his tour in 2010. Meetings with senior parliamentarians included the Hon’ble Speaker of the Lok Sabha (Mrs Meira Kumar), the Leader of the Opposition (Mrs Sushma Swaraj) and former Deputy Prime Minister Mr L.K.Advani – with assurances of motions in the 2010 Lok Sabha session to seek assurances that the British government will honour the spirit of the legal verdict. 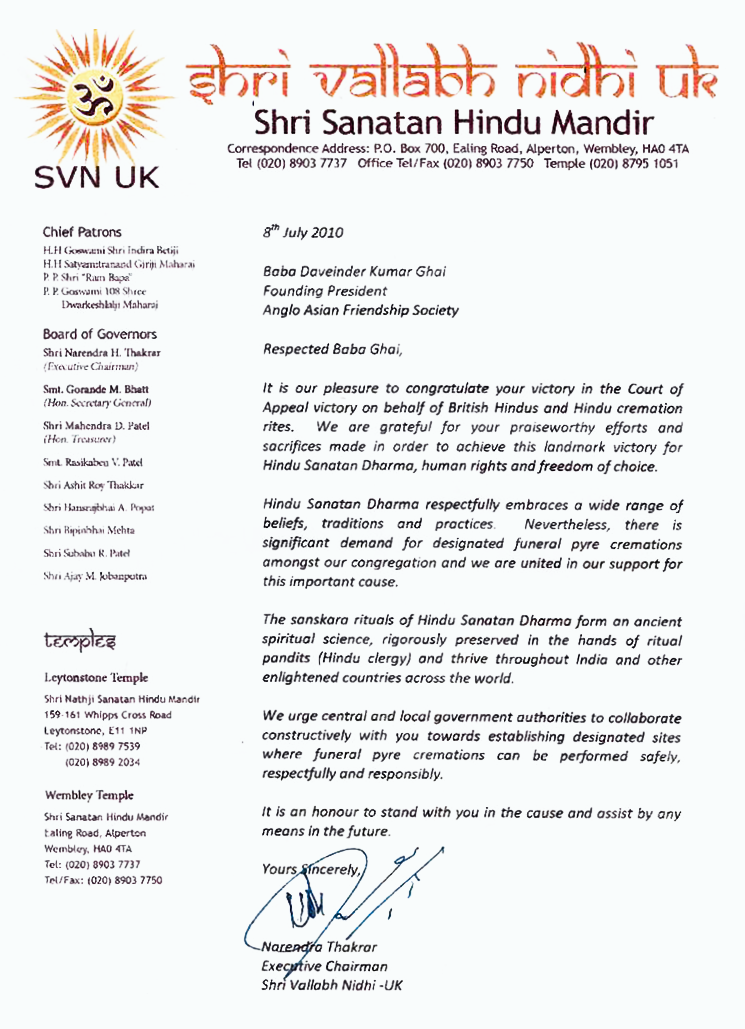 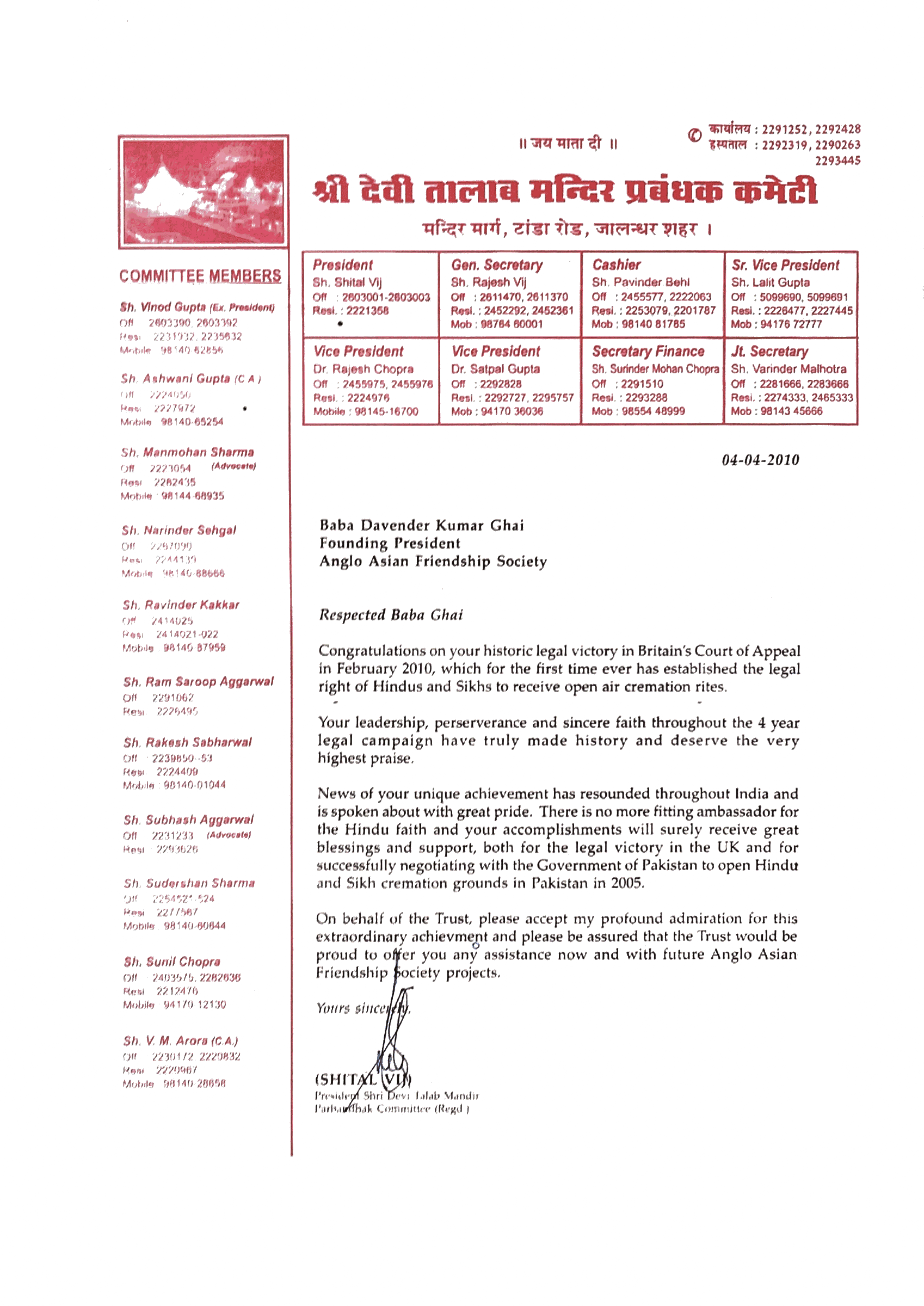