Dr Ivan Vince, Director of ASK Consultants based in Bromley (Kent) provided expert evidence in the legal proceedings. Dr Vince’s reports led the Ministry of Justice to concede that the emissions from funeral pyres fell within acceptable levels. His detailed reports were assisted by ASK Senior Consultant Dr Ludovic Lemaignen and can be read in full HERE.

Many combustion sources, including crematoria, emit dioxins, benzopyrene and other harmful chemicals which are otherwise considered, “ubiquitous air pollutants, especially in urban air.” The question Dr Vince considered was whether the additional exposure as a result of funeral pyres was likely to cause any adverse health effects. This was considered in strictly quantitative terms: taking into account ground level concentrations and exposure durations together with air quality standards and guidelines.

The foot and mouth outbreak led the government to order massive cattle pyres, burning up to 1000 cattle a day for 20 continuous days on pyres monitored by several government agencies

The Department of Health’s 2001 study concluded the pyres posed only a “small” risk to public health or the environment. That study provided definitive data from which Dr Vince extrapolated biomass/unit time date for funeral pyres and then modelled ground level concentrations for funeral pyres – taking into account variable wind speed and atmospheric stability and the understanding that dental fillings would be removed prior to cremation and no wood treated with preservatives (e.g. railway sleepers) or auxiliary fuels would be used.

Table 2. As Table 1 but with grounded plume 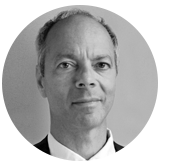 Dr Vince has 30 years` experience of research, lecturing and consultancy in combustion pollution.

He holds a Masters’ degree and Doctorate uh combustion science (both from Sheffield University). He also undertook five years’ post-doctoral research at Imperial College pertaining to air pollutant formation and his research interests include smoke dispersion from ground-level fires.

Dr Vince is a Chartered Scientist, a Chartered Chemist, a Member of the Royal Society of Chemistry and a Fellow of the Energy Institute. He has taught postgraduate modules at several universities in the UK and overseas and is on the Loss Prevention Panel of the Institution of Chemical Engineers.

He co-authored, “Major accidents to the environment – a practical guide to the Seveso II Directive and COMAH Regulations” (Oxford)

PM10 concentration will be 6-11% of the guideline value (in practice, the well below). The BaP annual average guideline will be approached or exceeded (62-124% of the guideline) only in the utterly unrealistic worst-case conditions, with the plume constantly grounded and with the wind consistently in the same direction, week after week. Even if the pyre location used every week and the wind blew in the same direction every time, the pyres would contribute less than 5% of the provisional national objective.

Mercury – Crematoria are the source of a substantial fraction of total mercury emissions and legislation requires 50% of crematoria be fitted with mercury abatement systems by 2012. If dental fillings are removed prior to funeral pyre cremation, “funeral pyres will be far less hazardous than crematoria without mercury abatement, which is currently the norm and will continue to be very common for the foreseeable future.”

Ash – No evidence that pyre ash residue contaminates the soil with heavy metals or dioxins. The 2001 Department of Health studies concluded that, ”Levels of dioxins were within the range found in urban soils,” and that, “Levels of copper, arsenic, nickel and zinc were within the maximum permissible levels in sewage sludge in the EU Sewage Sludge Directive (86/278/EEC).”

Dark smoke – consists mainly of products of incomplete combustion, and is generated either from “difficult” fuels, such as rubber or PVC, or from poor combustion conditions. Pyres using an adequate quantity of untreated wood and adequately supplied with air through the pyre from underneath (and not ignited during a downpour), are unlikely to produce any dark smoke.

Burning Techniques – Both crematoria and pyres have respective advantages to aid dispersion of emissions. Crematoria use controlled combustions and chimney stacks but are generally sited in suburban environments, often with dense residential areas close by. In contrast, the proposed pyres will be sited in open country and afar from residential area and would not burn coffins, which emits hydrogen chloride, nitrogen oxides and dioxins.

“Risks to the mourners themselves would be similar to those encountered by any persons tending a bonfire of similar size, and therefore I would expect them be considered acceptable…It is difficult to conceive of any significant risks to public safety from a funeral pyre situated in open land…I conclude that there will be negligible health risks to the public 500m from the pyres.”

Funeral pyres on woodland sites would have a zero carbon footprint.