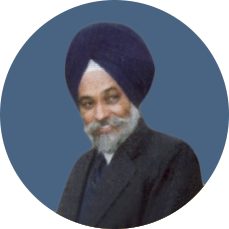 As President of the Rashtriya Sikh Sangat, Rulda Singh achieved outstanding results in Sikh-Hindu relations and combating pro-Khalistan terrorism – successfully persuading many worldwide Khalistani extremists to renounce violent struggle – and bringing them back into mainstream Indian civic life. Inevitably this made Rulda Singh a target of pro-Khalistan extremists, who labelled him as “anti-Sikh”. 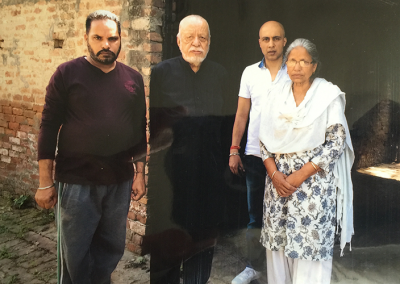 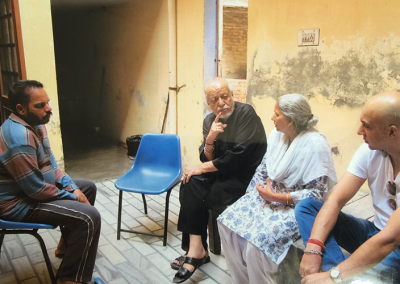 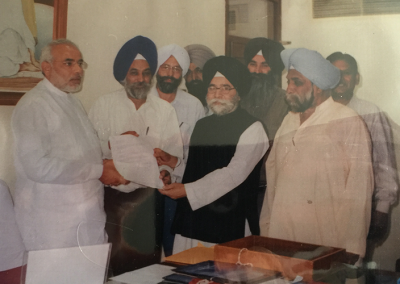 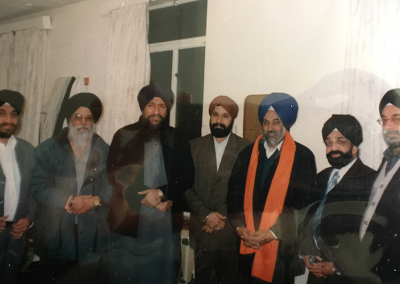 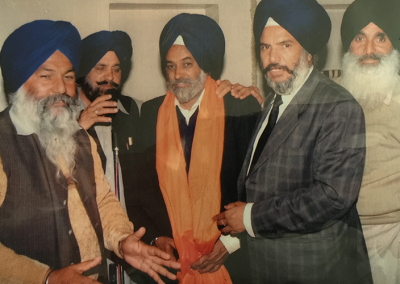 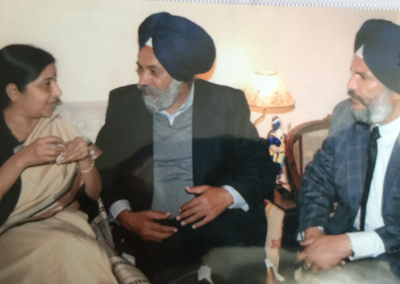 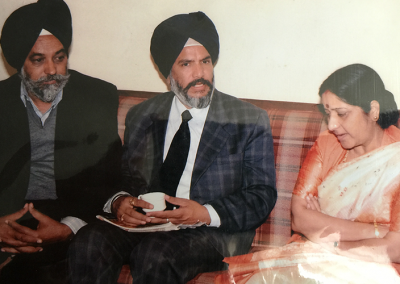 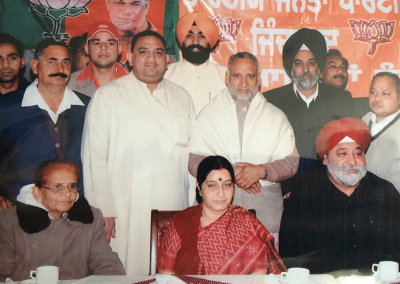 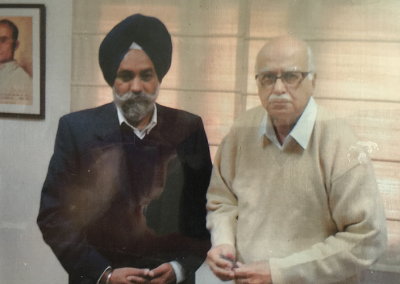 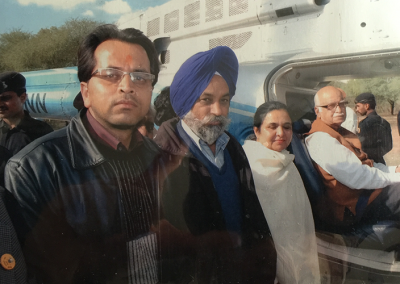 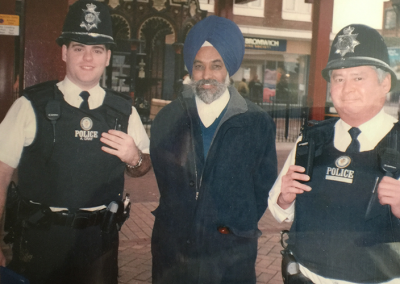 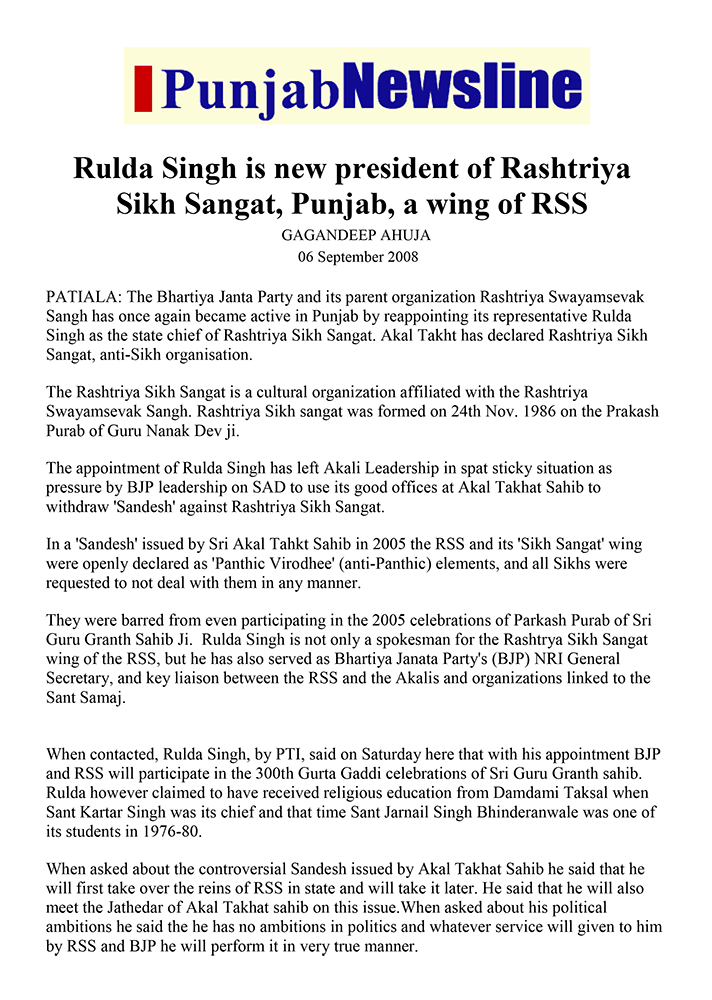 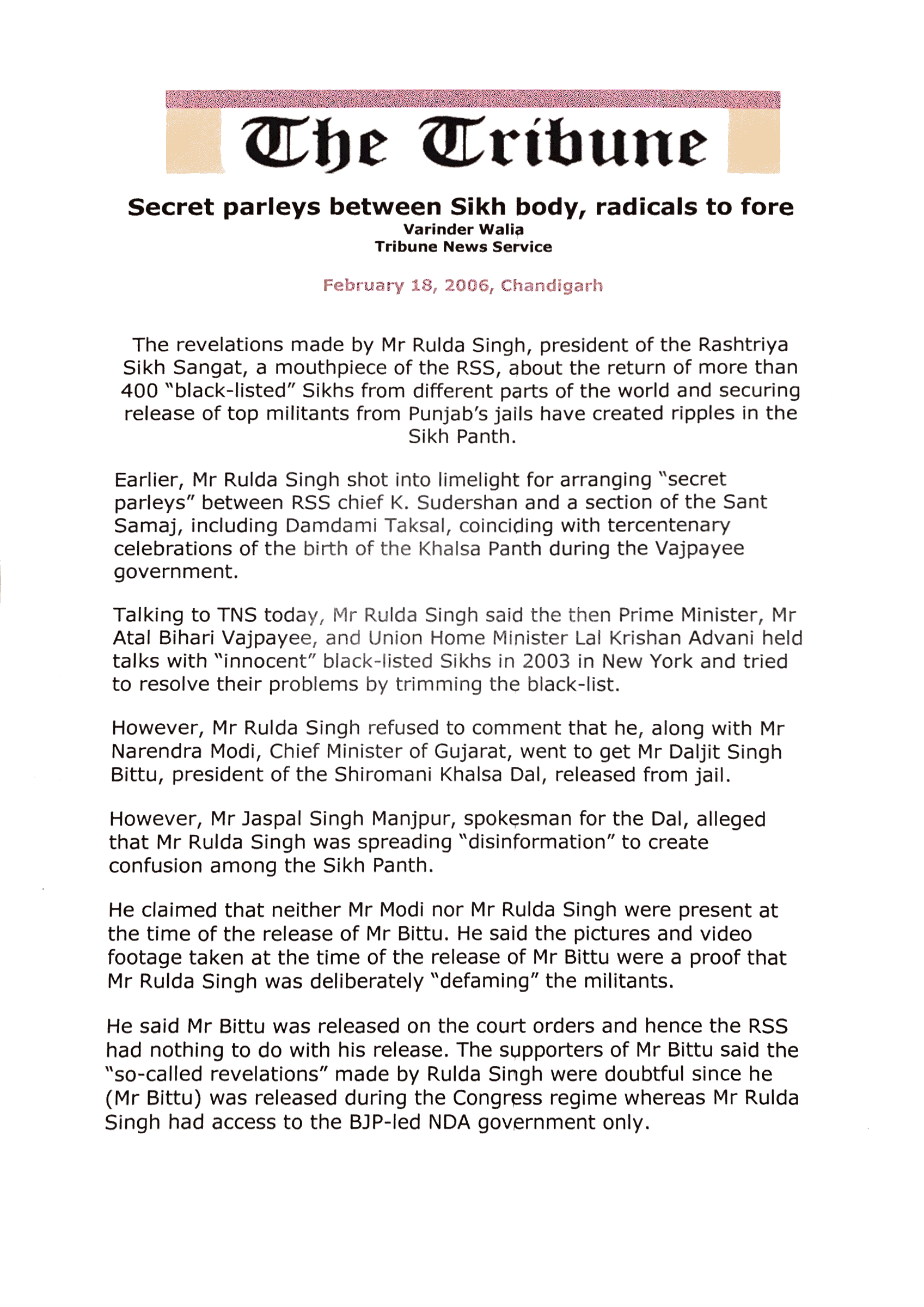 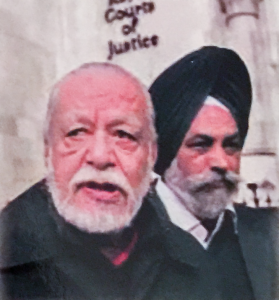 Baba Ghai’s ciampaign made worldwide headlines and was supported by the highest echelons of Hindu and Sikh authorities in India. This included several Shankaracharayas, SGPC President Avatar Singh Makkar – who also appealed to India’s then Prime Minister to support Baba Ghai’s campaign and the revered Sis Ganj, Rakhab Ganj and Banga Sahib gurdwaras.

Rulda Singh supported Baba Ghai’s campaign on behalf of the Rashtriya Sikh Sangat – and also travelled to the UK in 2008 to lead a goodwill tour at leading Hindu and Sikh bodies to promote the campaign. He personally garnered support from: 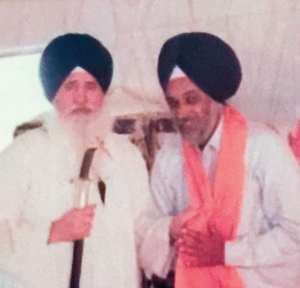 Rulda Singh also travelled to the UK to stand alongside Baba Ghai at the High Court hearing in London.

Dissident UK Sikh groups strongly agitated against Baba Ghai’s judicial review – even though he was supported by the most prestigious gurdwaras in the world.

In particular, the campaign was viciously opposed by Lord Inderjit Singh and Dr Rami Ranger. Rulda Singh met with dissident groups and personally dissuaded them from a planned protest outside the High Court.

Rulda Singh realised that public support of such a high profile pro-Hindu campaign made him yet more vulnerable to extremist backlash – but he remained steadfast in support of Baba Ghai.

Tragically, Rulda Singh would not live to see the campaign’s ultimate success – when Baba Ghai won his legal battle at the Court of Appeal in January 2010 – with the UK’s most senior civil judge (Lord Neuberger) ruling that, “Mr Ghaj’s wishes as to how his remains are to be cremated can be accommodated.” (Ghai v Newcastle City Council [2010] EWCA 59 CIV). Baba Ghai’s victory made international headlines and was honoured by India’s highest orders – including L.K. Advani (former Deputy PM) and Sushma Swaraj (then Leader of the Opposition).

This victory was particularly important for Baba Ghai as in 2005 he had personally successfully lobbied Govt. of Pakistan (Punjab) to provide official cremation sites for Hindus/ Sikhs in Pakistan – for the first time ever. His efforts were strongly supported by the Punjab Law Minister.

Pakistan’s Waqaaf Board agreed to release land for a Shamshaan ghat on Lahore’s Bund Road – land allocated to Hindus in 1972 but never sanctioned.

Furthermore, Baba Ghai earlier made history in 2006 – by lighting the first funeral in Britain for 72 years.

Baba Ghai Sacrificed a great deal for these historic victories in Pakistan and the UK – travelling endlessly across 3 continents to rally support and collect evidence.

This caused Baba Ghai’s health to seriously deteriorate, causing a stroke in 2009.

Also, Baba Ghai received very limited legal aid funding – and financed the campaign with his own 2006, savings & loans. Sadly, this led to closure of his bank accounts despite the bank admiring his charitable work and commended him as, an “excellent customer for 35 years”. 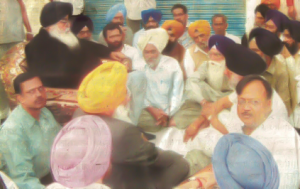 Gunmen assailed Rulda Singh outside his home in Patiala on 29 July 2009, firing six bullets at close range. He struggled valiantly for life until 15″ August – Independence Day – an apt tribute for Such a fine patriot.

In the following years, Indian investigators named two British suspects, Gursharanjit Singh and Manjeet Singh. In 2010, the UK’s West Midlands Police arrested four men – but they were ultimately released without charge. For years the trail went cold, until recent breakthroughs.

First, in November 2014, Khalistan Tiger Force terrorist Ramandeep Singh (aka “Goldy”) was arrested in Chennai for Rulda Singh’s murder – and also the 2010 Patiala bombing. Then, in January 2015, Thailand deported Jagtar Singh Tara, who remains under questioning for the murder.

Baba Ghai prays for justice, that everyone responsible is brought to account for the murder. Also he remains committed to opening the UK’s first Shamshaan ghat – and fulfil the mission that Rulda Singh stood for.