Letters from the past: Ch. Z. A. Babar words of support from Pakistan 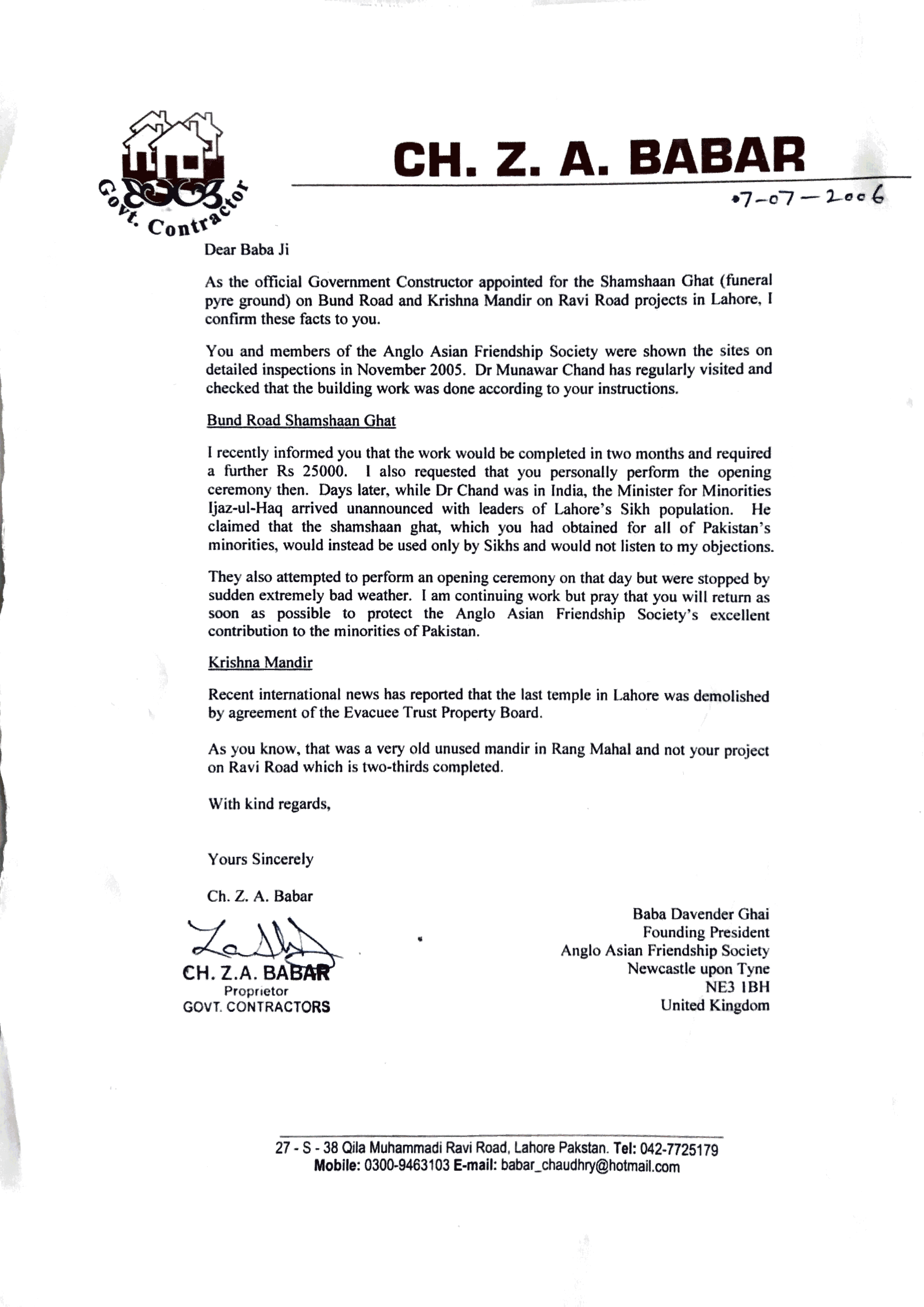 Letters from the past: Ch. Z. A. Babar’s words of wisdom and kind support from Pakistan Officials

The below letter is the acknowledgement by Pakistani Officials for Charitable work and efforts by Anglo-Asian Friendship Society in Pakistan.

As the official Government Constructor appointed for the Shamshaan Ghat (funeral
pyrę ground) on Bund Road and Krishna Mandir on Ravi Road projects in Lahore, I
confine these facts to you.
You and members of the Anglo-Asian Friendship Society were shown the sites on
detailed inspections in November 2005. Dr Munawar Chand has regularly visited and
checked that the building work was done according to your instructions.
Bund Road Shamshaan Ghat
I recently informed you that the work would be completed in two months and required
a further Rs 25000. I also requested that you personally perform the opening
ceremony then. Days later, while Dr Chand was in India, the Minister for Minorities
Ijaz-uI-Haq arrived unannounced with leaders of Lahore’s Sikh population. He
claimed that the shamshaan ghat, which you had obtained for all of Pakistan’s
minorities, would instead be used only by Sikhs and would not listen to my objections.
They also attempted to perform an opening ceremony on that day but were stopped by
sudden extremely bad weather. I am continuing work but pray that you will return as
soon as possible to protect the Anglo-Asian Friendship Society’s excellent
contribution to the minorities of Pakistan.
Krishna Mandir
Recent international news has reported that the last temple in Lahore was demolished
by agreement of the Evacuee Trust Property Board.
As you know, that was a very old unused mandir in Rang Mahal and not your project
on Ravi Road which is two-thirds completed.

With kind regards.
Yours Sincerely
Ch. Z. A. Babar