Opposition from UK extremists and opportunists 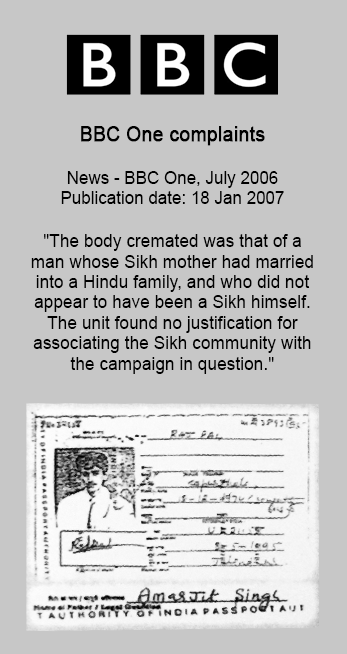 Even though Baba Ghai’s campaign was supported by the very highest level of gurdwaras in India and Pakistan – and officially supported by many UK gurdwaras and grassroots communities – it also became the target for UK extremist groups and political opportunists.

Some influential and high profile Sikh individuals mounted one-man campaigns againstBaba Ghai’s stand for equality – even if it meant contradicting the strong support of the SGPC at the Golden Temple. Their influence meant that many UK Sikhs within the communities were stopped from expressing their support for Baba Ghai – to try to create the illusion that UK Sikhs were content with the existing system.

Sikh Federation – “the latest incarnation” of the banned terrorist group International Sikh Youth Federation (ISYF) – threatened to protest outside the Court of Appeal in 2010.

The Network of Sikh Organisations under Lord Inderjit Singh complained to the BBC after the funeral pyre of Rajpal Mehat in 2006 – claiming that Rajpal was not a Sikh and even that his widowed mother had remarried and changed her religion!

Despite contrary documentary evidence provided to the BBC, it approved the complaint of Inderjit Singh and later broadcast an apology while Baba Ghai was out of the country – wrongly stating that Rajpal was not a Sikh and Sikhs did not perform open air cremations.

This was a clear example of his influence within the BBC but — as recognised by political analyst Sunny Hundal – “This system of self-appointed leaders can hurt those it should he protecting…a group of self-appointed representatives that has sprung up, including the Hindu Council UK and Hindu Forum of Britain; the Network of Sikh Organisations, the Sikh Federation…” (The Guardian, 20th Nov 2006).

In addition, Dr Rami Ranger was also briefing against the campaign among its prominent 3ikh supporters – including one who met a tragic death as a result of his support, Rulda Singh, President of the Rashtriya Sikh Sangat. For years, Rulda Singh was the Indian Government’s chose representative trusted to assess which former terrorist NRIs had been rehabilitated and could safely be granted Indian visas again. 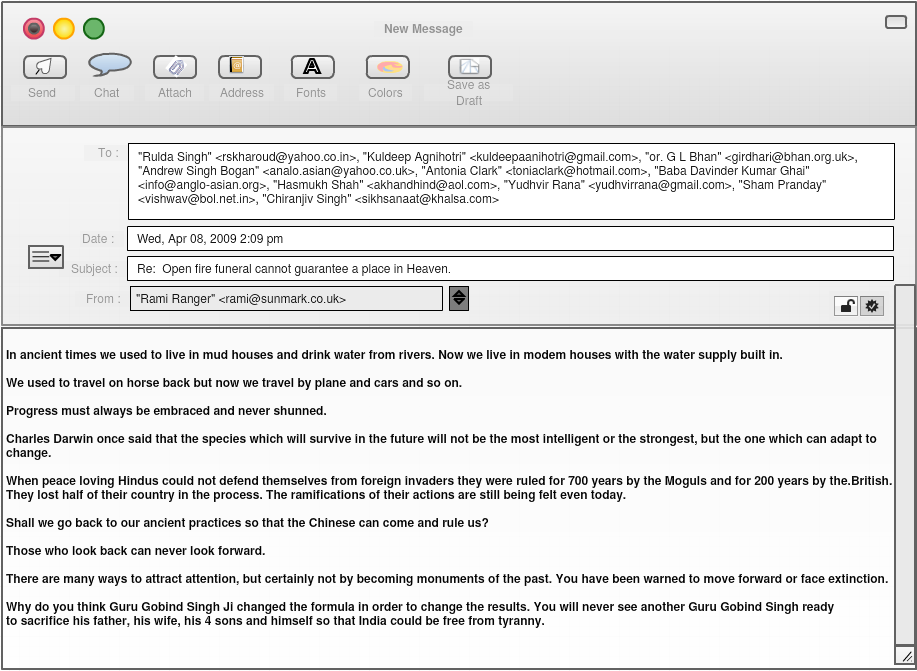 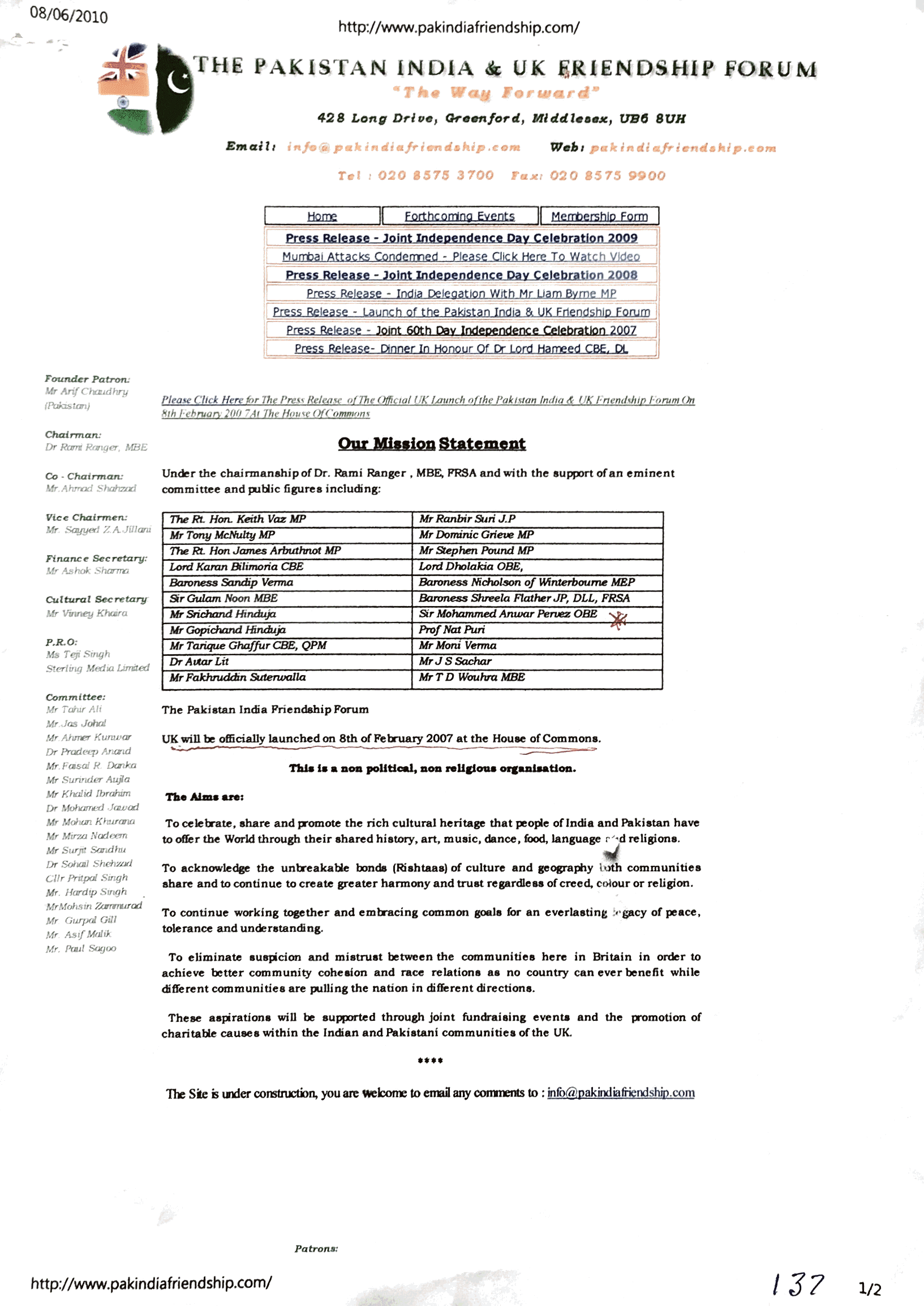 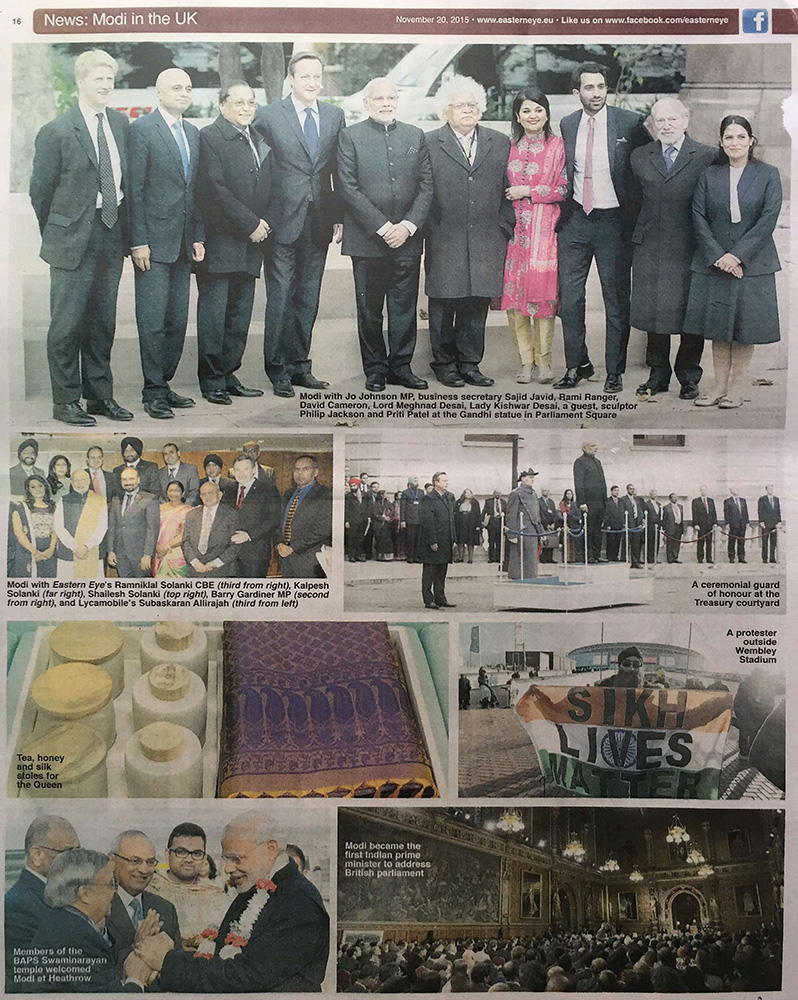 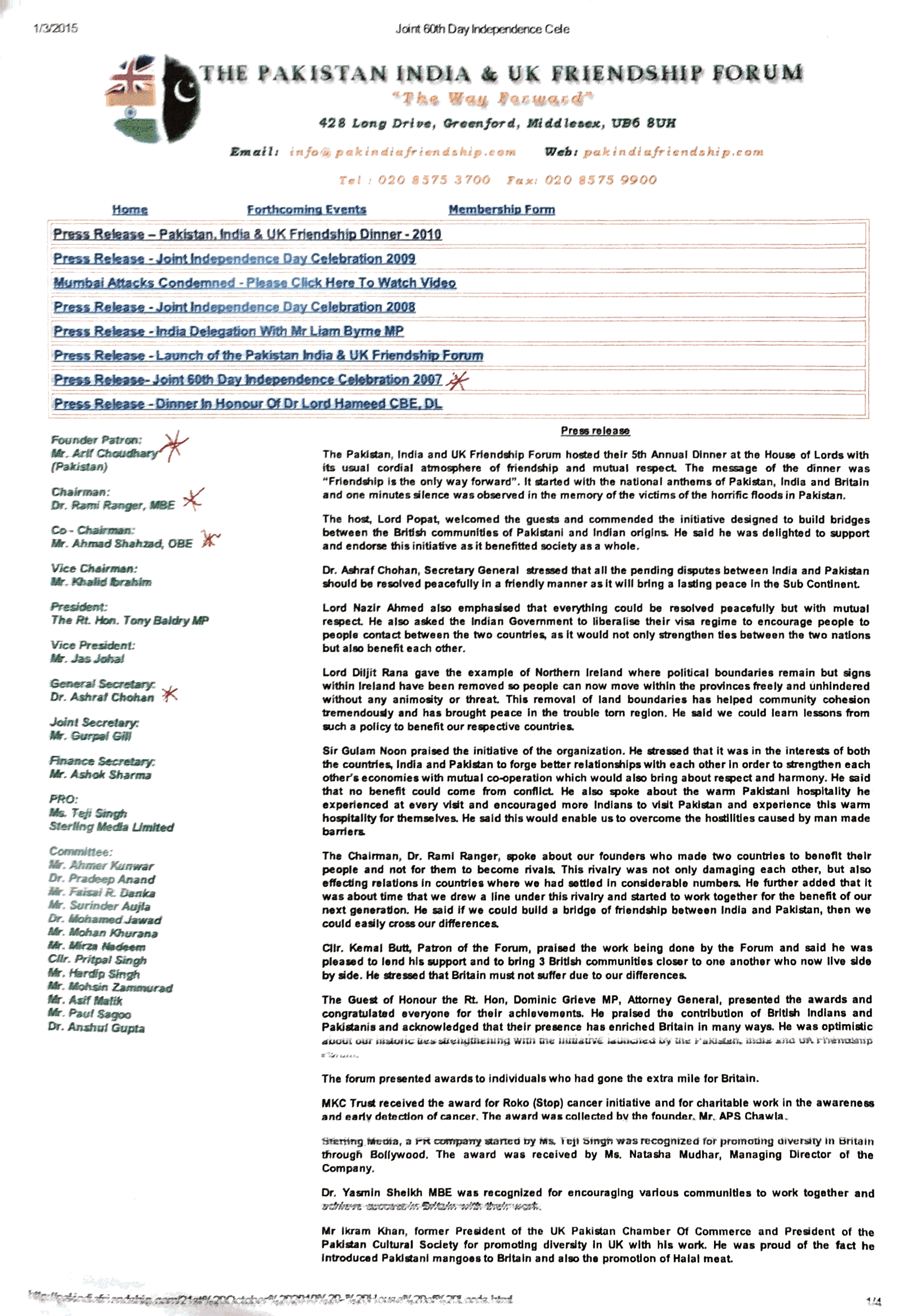