The unparalleled natural beauty of Kashmir resembled a vast burial ground when AAFS volunteers based in Lahore and Islamabad first arrived in the early hours following South East Asia’s deadliest ever earthquake.

Even the mighty Himalayan mountains crumbled during the 7.6 Richter Scale destruction; countless victims lay in every direction, stranded amidst the carnage of broken homes and shattered dreams of 73,276 lost lives. 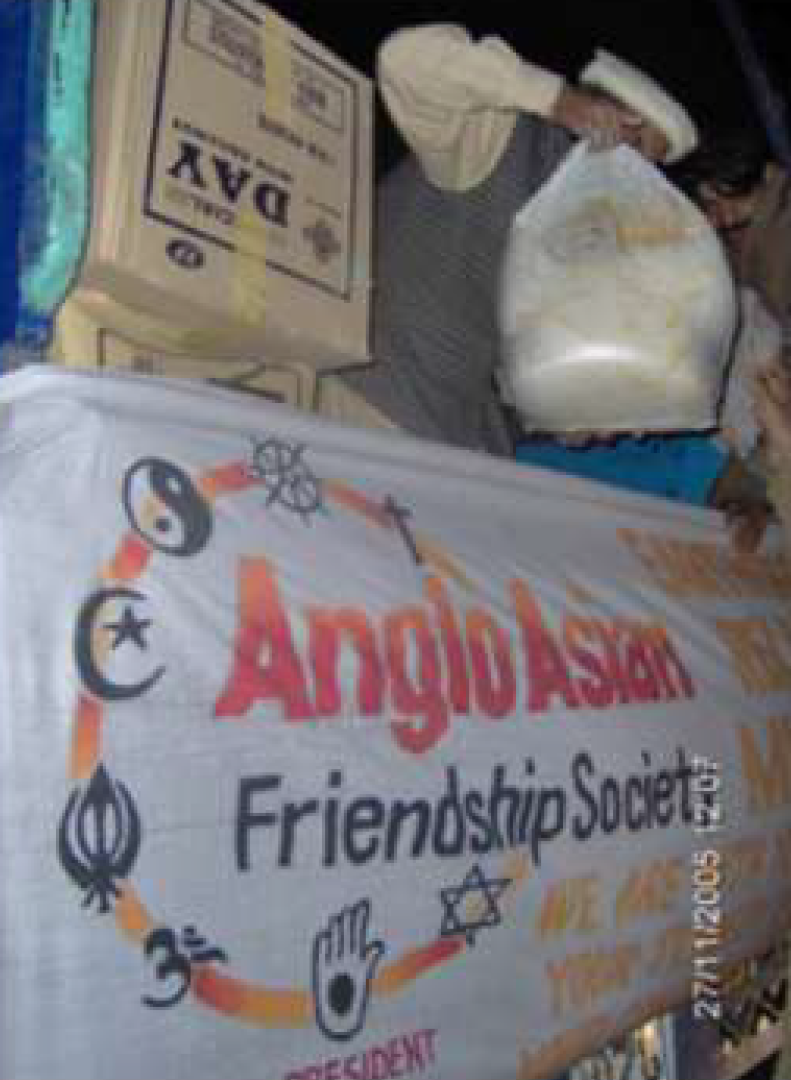 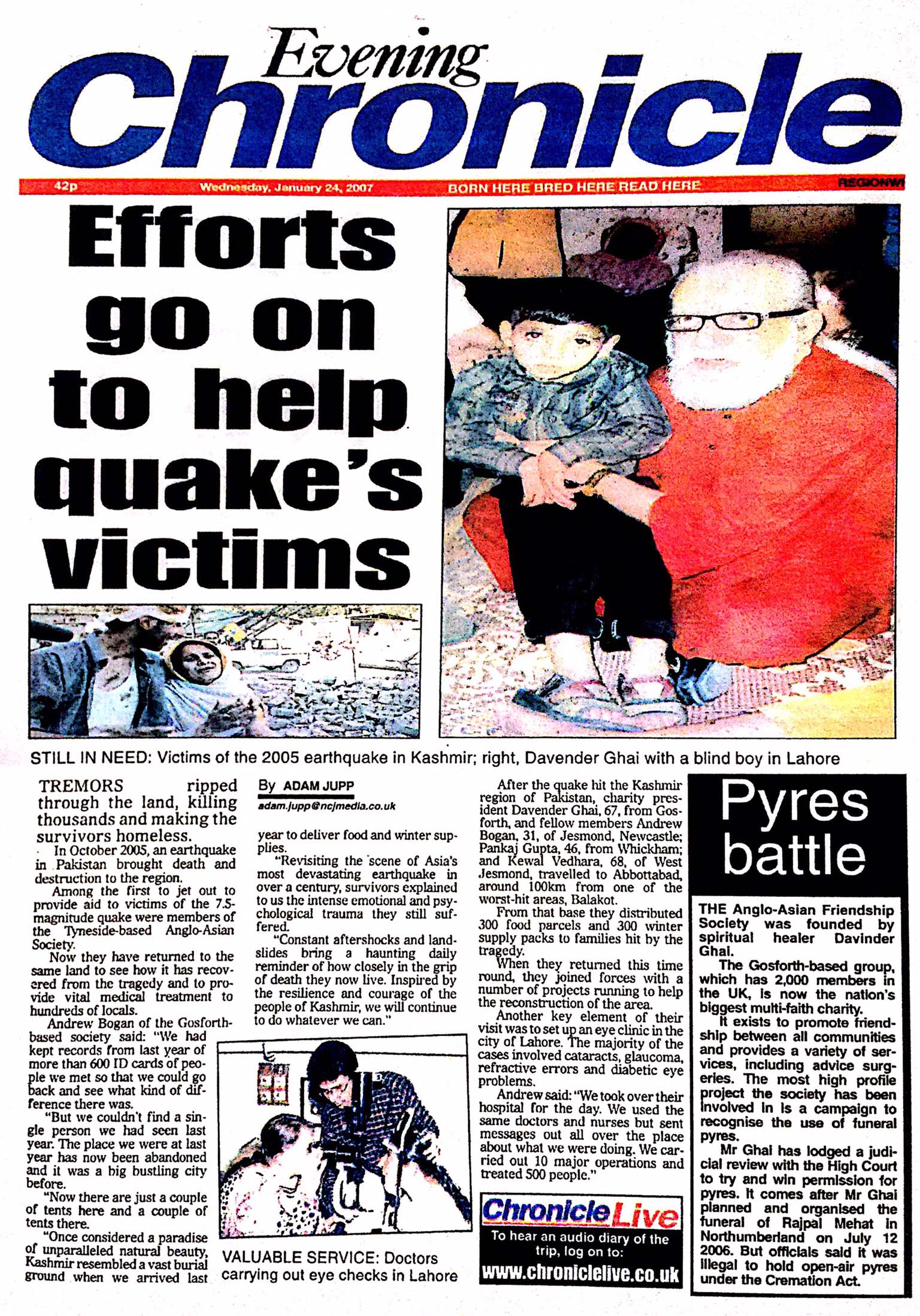 Those first volunteers worked tirelessly alongside Population Welfare Department Response Units and were instrumental to the AAFS Relief Team’s strategic planning in Britain. Detailed ground level briefings informed us of the specific needs in surrounding towns and vilages from their base in Abbotabad. A highly targeted and personalised fundraising campaign focused on our own members enabled a quickly mobilised Relief Team to leave from Britain within the very first week.

Baba Ghai led Pankaj Gupta, Kala Vedhara and Andrew Singh Bogan with vital field experience accumulated during relief missions since the 1984 in Union-Carbide Disaster Bhopal. In the sub-zero Himalayan foothills, a distribution program of food parcels and winter delivered the very most needed supplies to those most in need.

At the invitation of the Population Welfare Department in Rawalpindi, we maintained an active role in the on-going rehabilitation and recovery process, support other ground-level initiatives and sharing best practice expertise with other aid organisations.

Our efforts were recognised in December 2006, upon conclusion of formal talks with the Prime Minister of Azad Kashmir, Sardar Attique Ahmed Khan, and Finance Secretary Muhammad Salim Sethi. Andrew Singh Bogan personally accepted the Gold Shield of Azad Kashmir at Prime Minister House in Muzaffarabad, accepted on behalf of the Relief Team and all AAFS members in Britain.

Our most recent ground level review was completed in December 2007, confirming that many in Azad Kashmir’s capital city Muzzafarabad still live in the grip of death and massive tent settlements still line the horizon. Daily landslides throughout Azad Kashmir, as high as 6.2 magnitude, are a haunting menace that continue to displace countless thousands.

17,000 schoolchildren did not return home that fateful day in October 2005. Since then, we have focused most on supporting educational projects for disabled and the most vulnerable young survivors. Particularly in rural initiatives, children are receiving equal educational opportunities their old friends could scarcely have dreamt of. The scars, however, remain and their loss will take many more years to redeem. 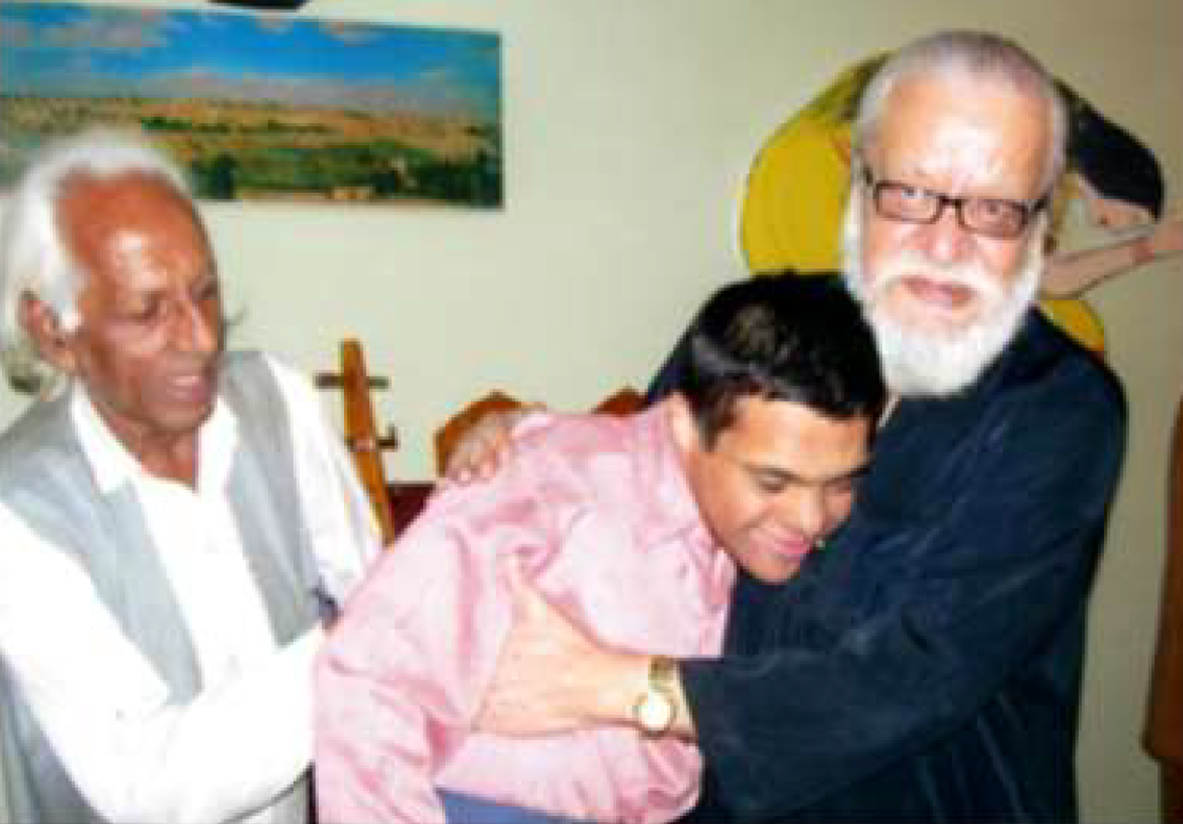 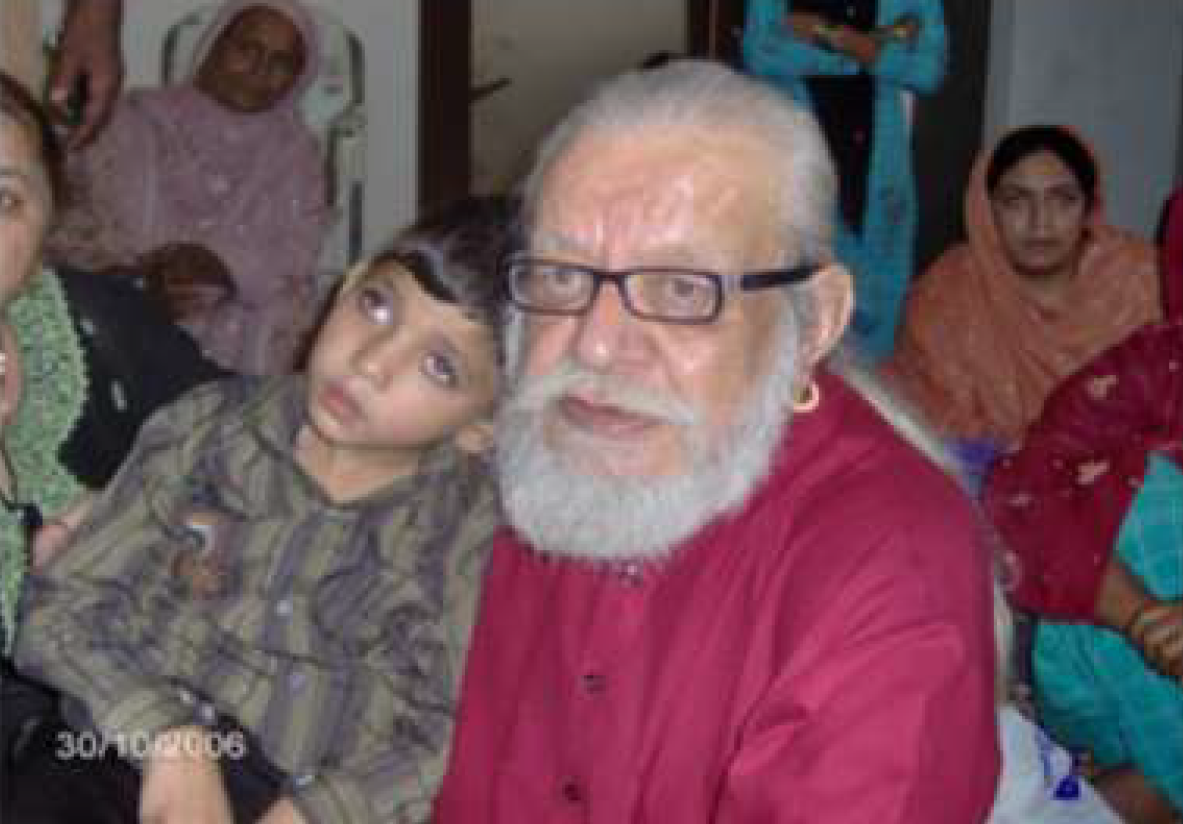 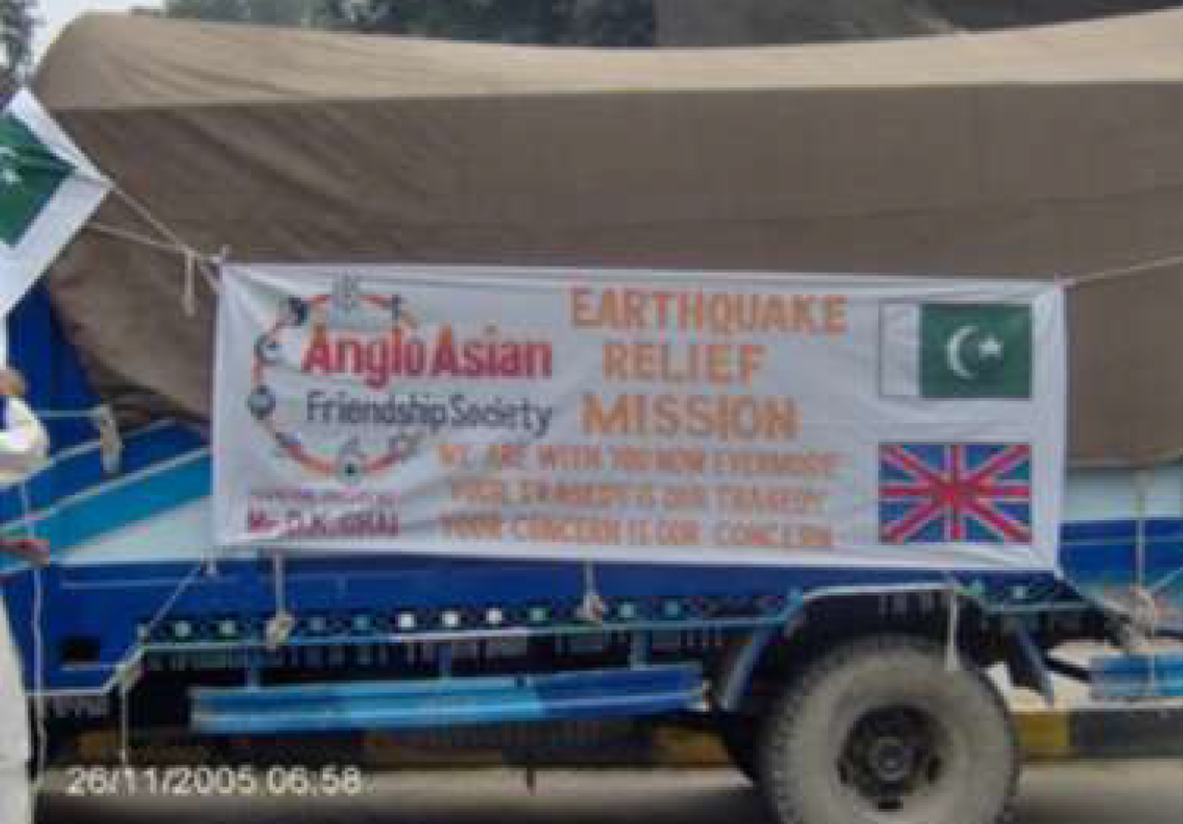