Heralding a new dawn in Pakistan’s political and cultural landscape, Baba Ghai’s prayers for world peace at the inauguration of Krishna Mandir in Lahore were broadcast across South Asia in 2006.

Krishna Mandir is the first Hindu temple to open in Pakistan for over a generation and, particularly, the first since most were destroyed during reprisal protests against the Indian government’s demolition of Babri Mosque in Ayodha (1992). 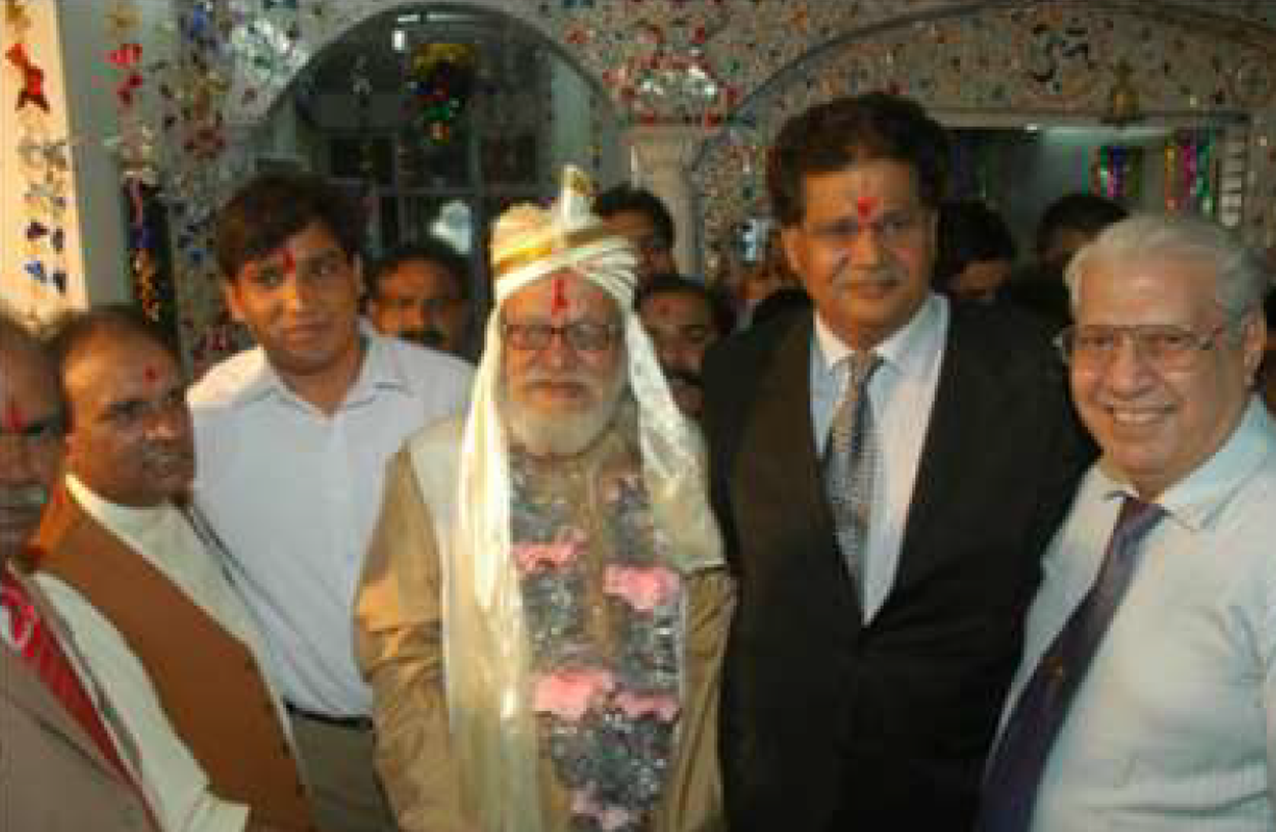 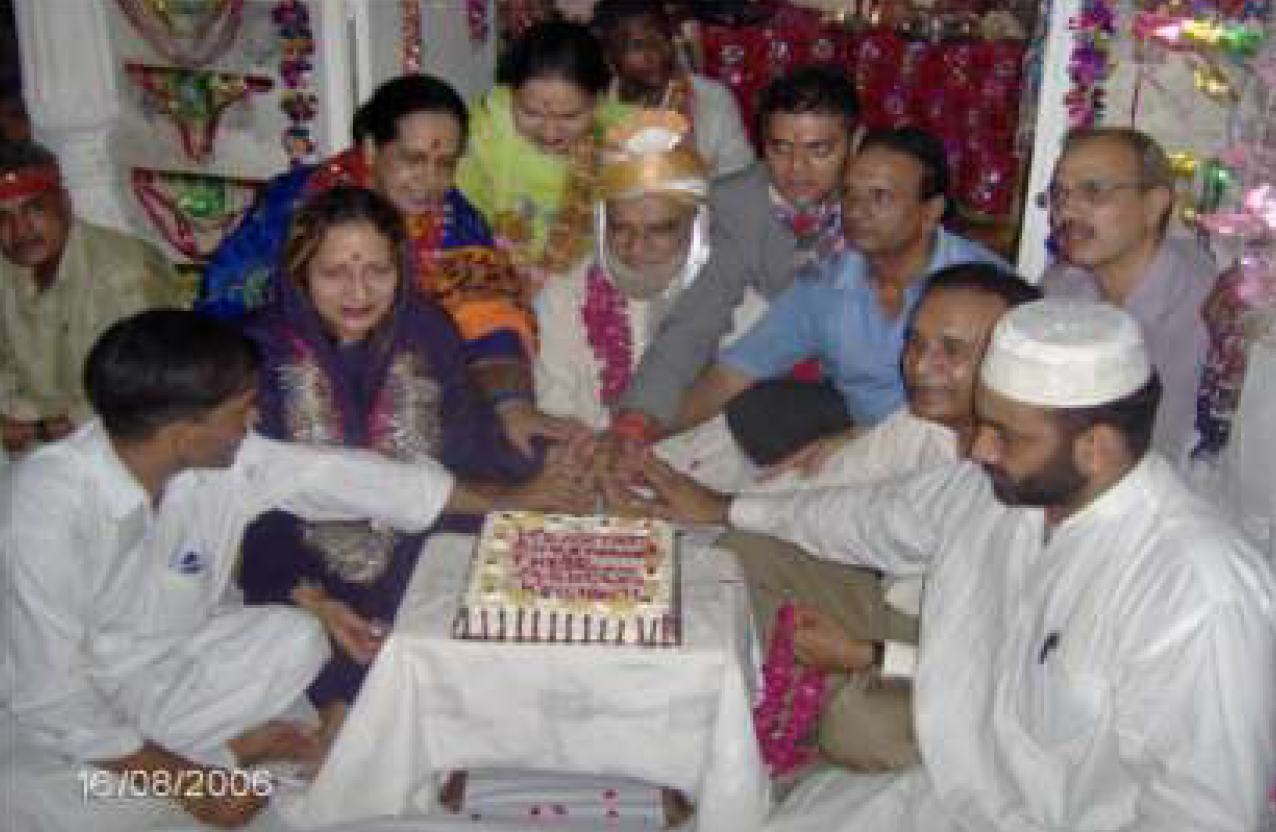 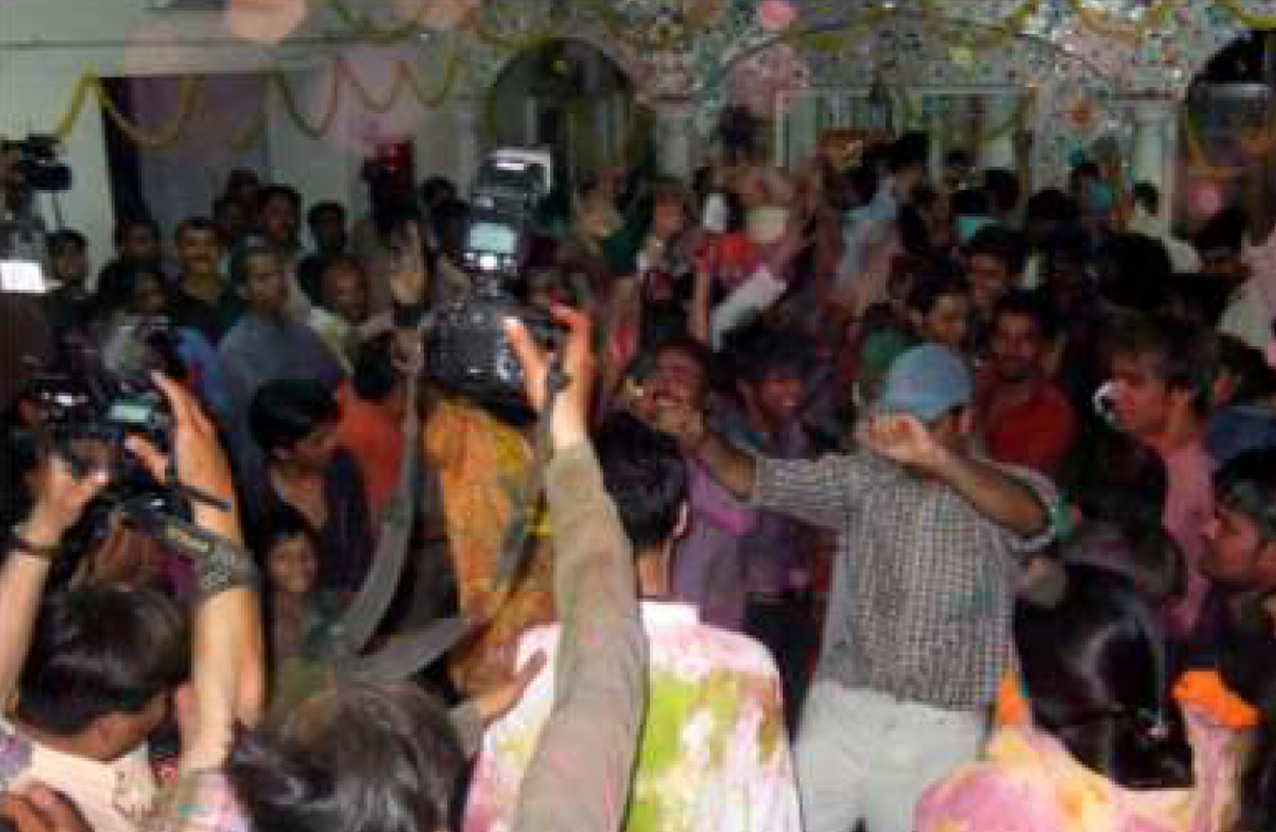 Krishna Mandir has pioneered a number of firsts, such as the first ever installation of devotional murtis brought from India and public religious celebrations, when previously many Hindus only practiced their faith in the confines of their homes.

Baba Ghai became intimately involved in the Krishna Mandir project after spending Deepwali in Lahore in 2004, unable to find a single temple open for the occasion. The silent despair of Hindus he met made him determined to work with the Government of Punjab and EPTB towards restoration of fundamental religious rights.

A year later, to the very day, AAFS delegates from Britain shared in Krishna Mandir’s jubilant Deepwali celebrations alongside prominent government figures and hundreds of well wishers from all faith communities in Pakistan. 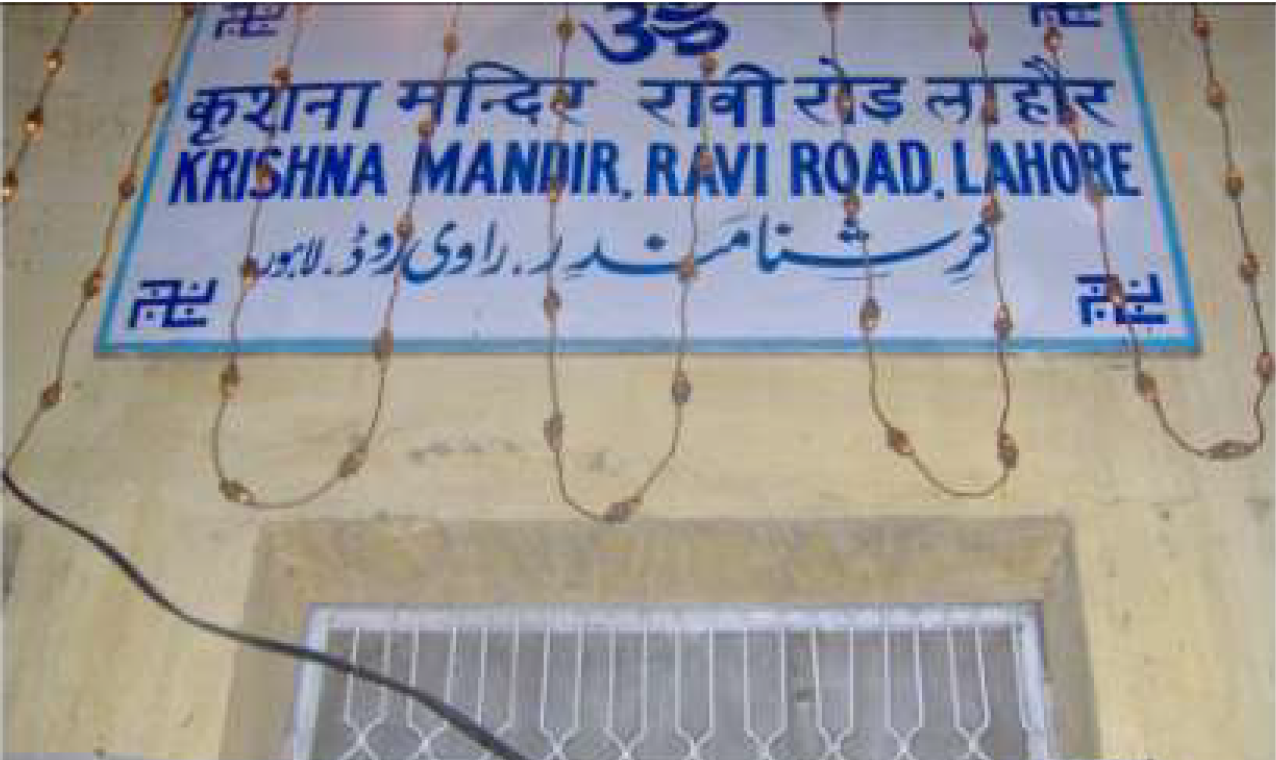 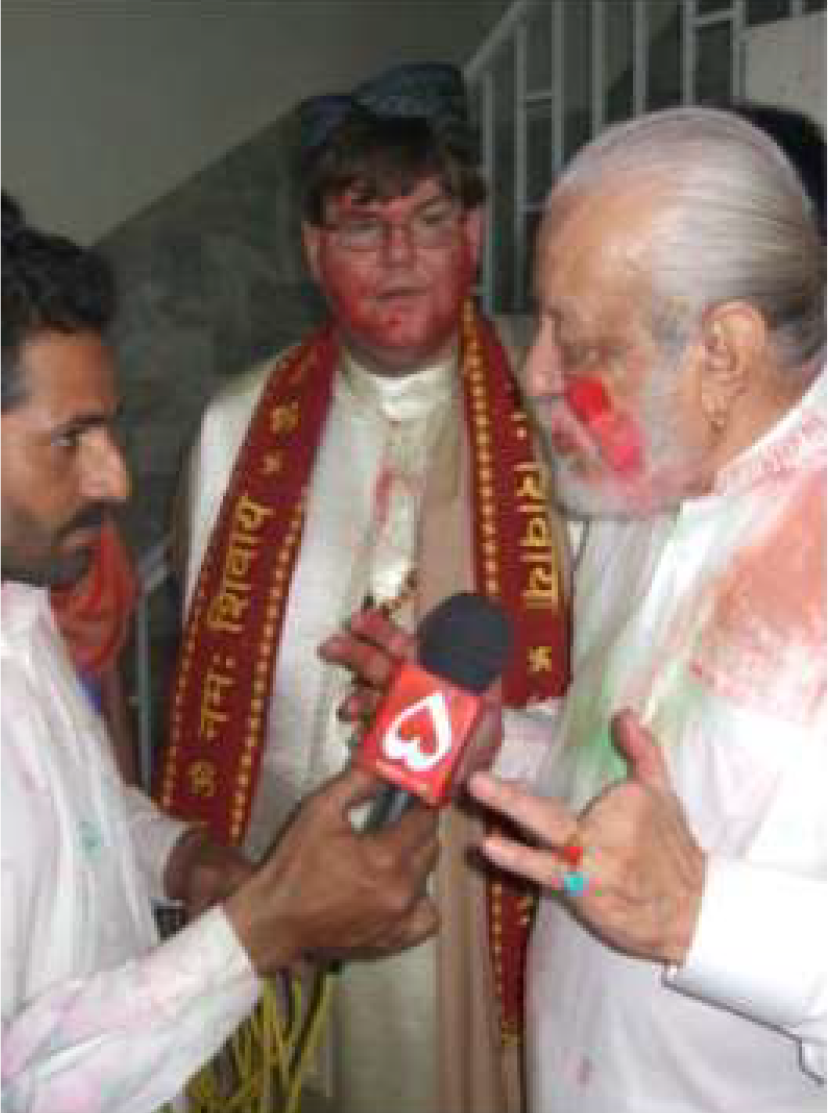 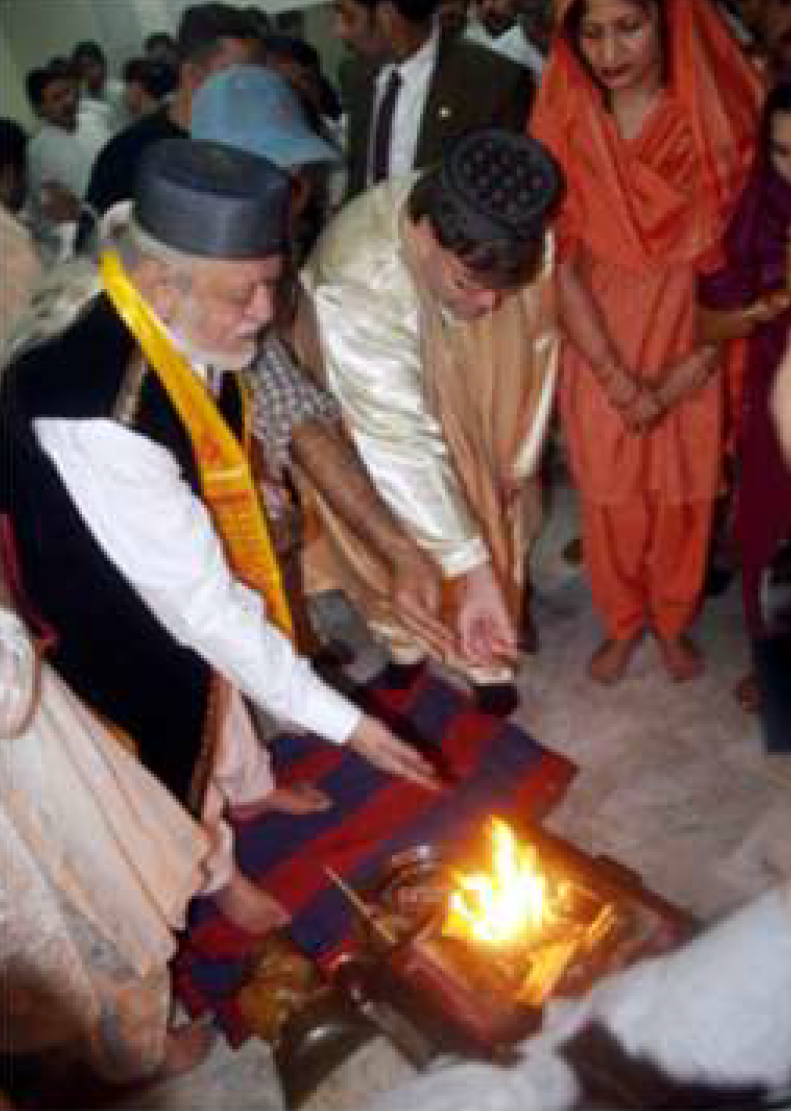 AAFS (Pakistan) General Secretary, Dr Munawar Chand, is a passionate advocate of universal religious rights and an instrumental figure in governmental policy and administration. He sits as an executive member of the Shiva ji Katas Raj Mandir Rehabilitation Committee, restoring the World Heritage Site status-nominated mandir to the grandeur described in the Hindu epic Mahbharata. Affiliated restoration projects at Chitti Gatti Mandir in Mansehra and Mother Mary Church of Divinity in Islamabad were completed in Spring 2008. 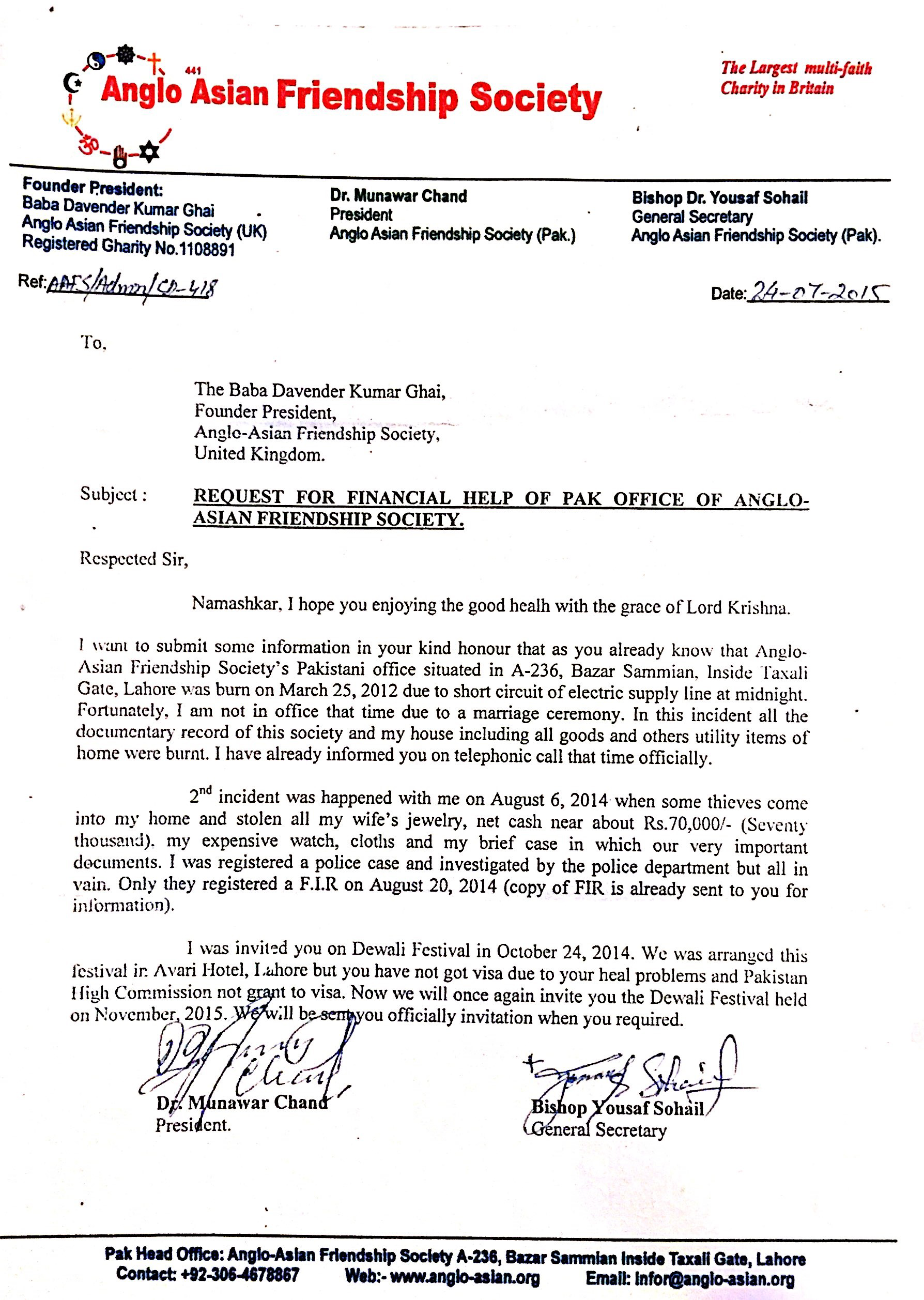 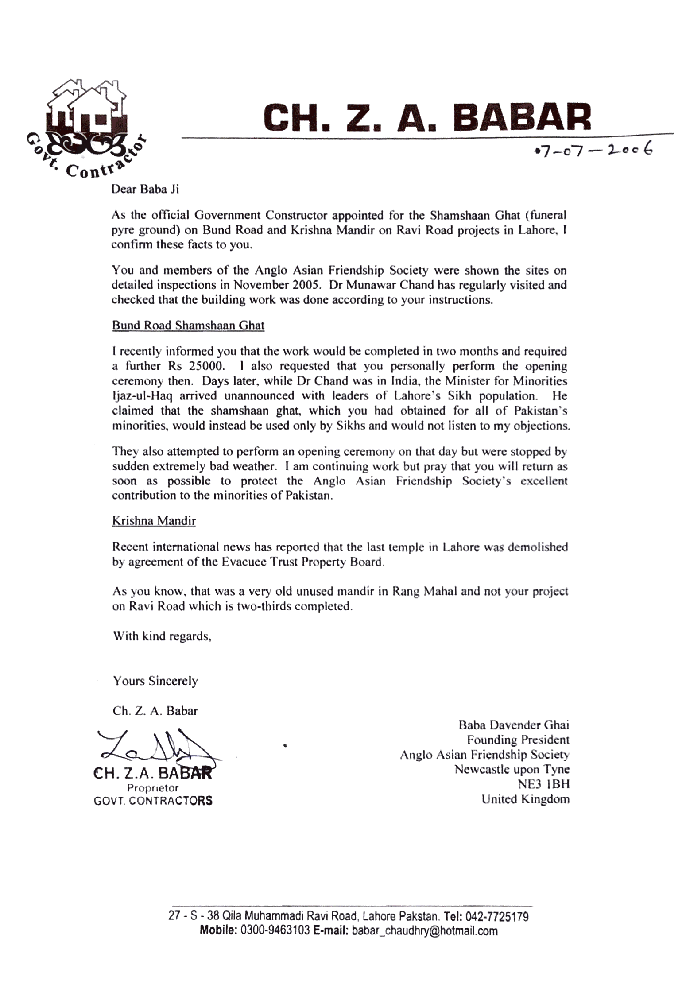