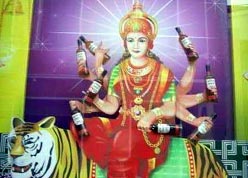 At the same time that violent protests against cartoons of the Prophet Mohammed were erupting around the world, a Southern Comfort whisky promotion in Athens provoked an international outcry by displaying a statuette of the Hindu Goddess Durga, shown carrying bottles of whisky.

Fearful that similar violent scenes could erupt, Baba Ghai was requested to intervene by community groups in Greece and help peacefully resolve the conflict. First, he mediated between the parties and obtained an official apology from the Senior Vice President in Southern Comfort’s headquarters in Kentucky, USA.

Fresh controversy endangered the newly brokered peace when, on the misguided advice of British Hindu umbrella organisation, the Durga Maa statue was burnt rather than immersed in water, as per Hindu practice. Hundreds of Hindus and Sikhs gathered to protest against Salon Oriental Bar in Athens, which was peacefully resolved after hours of talks with local groups. 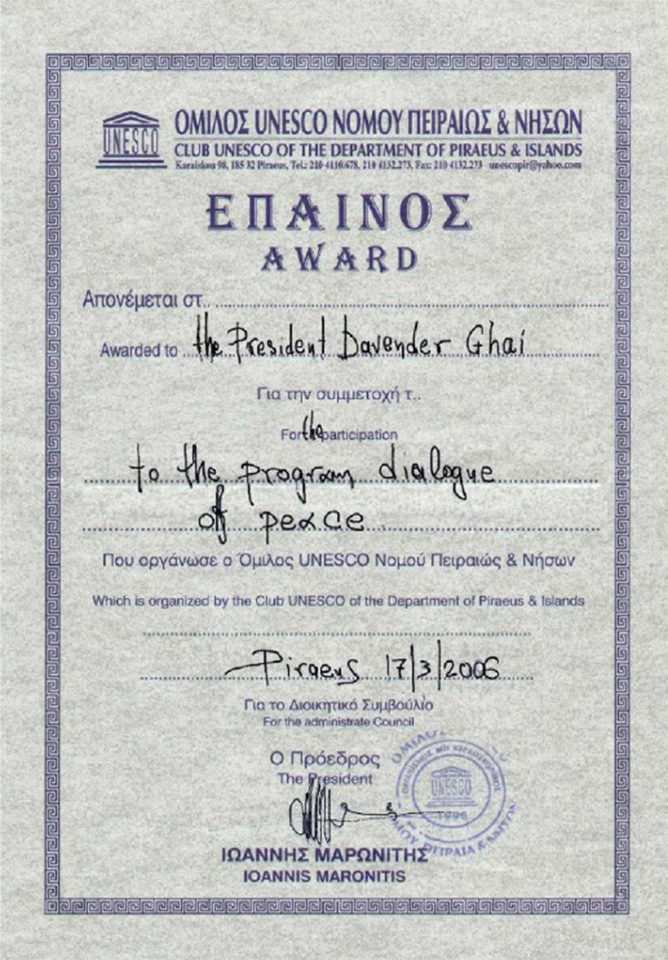 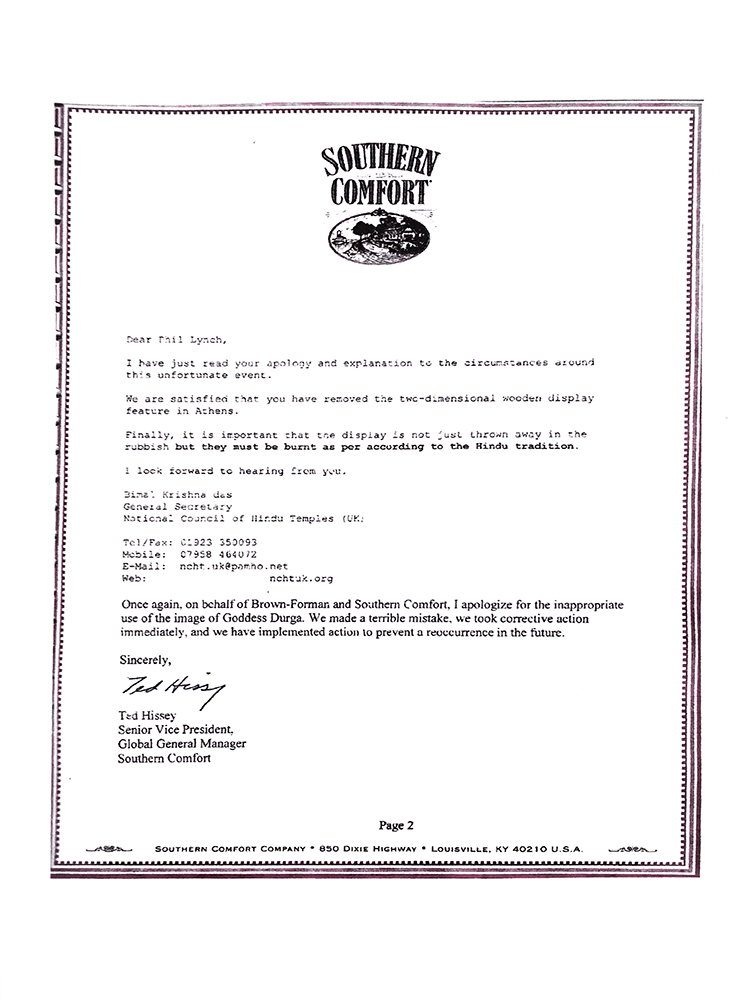 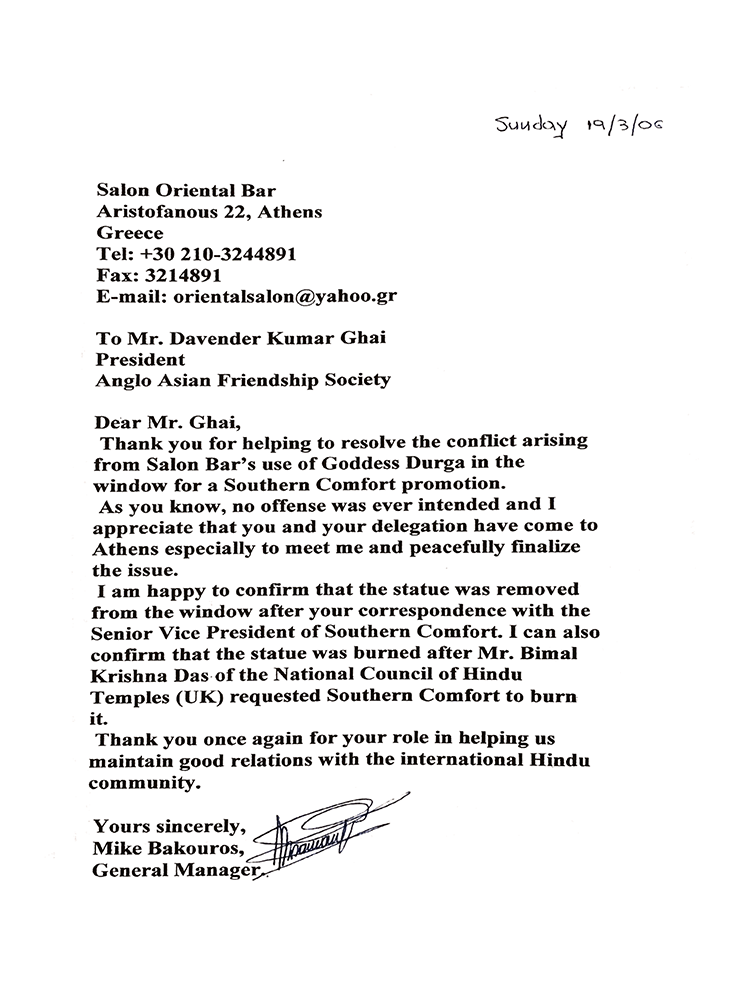 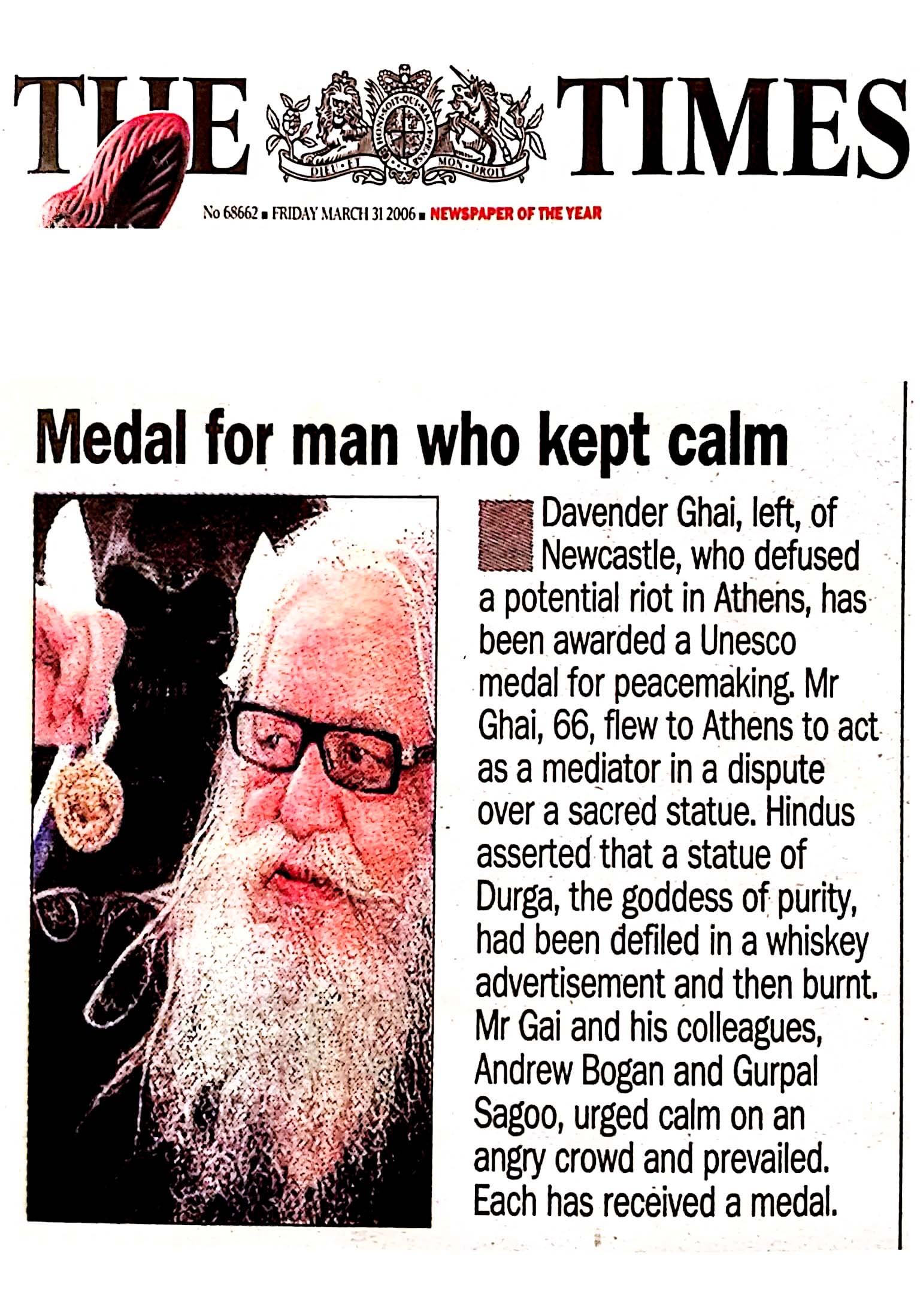 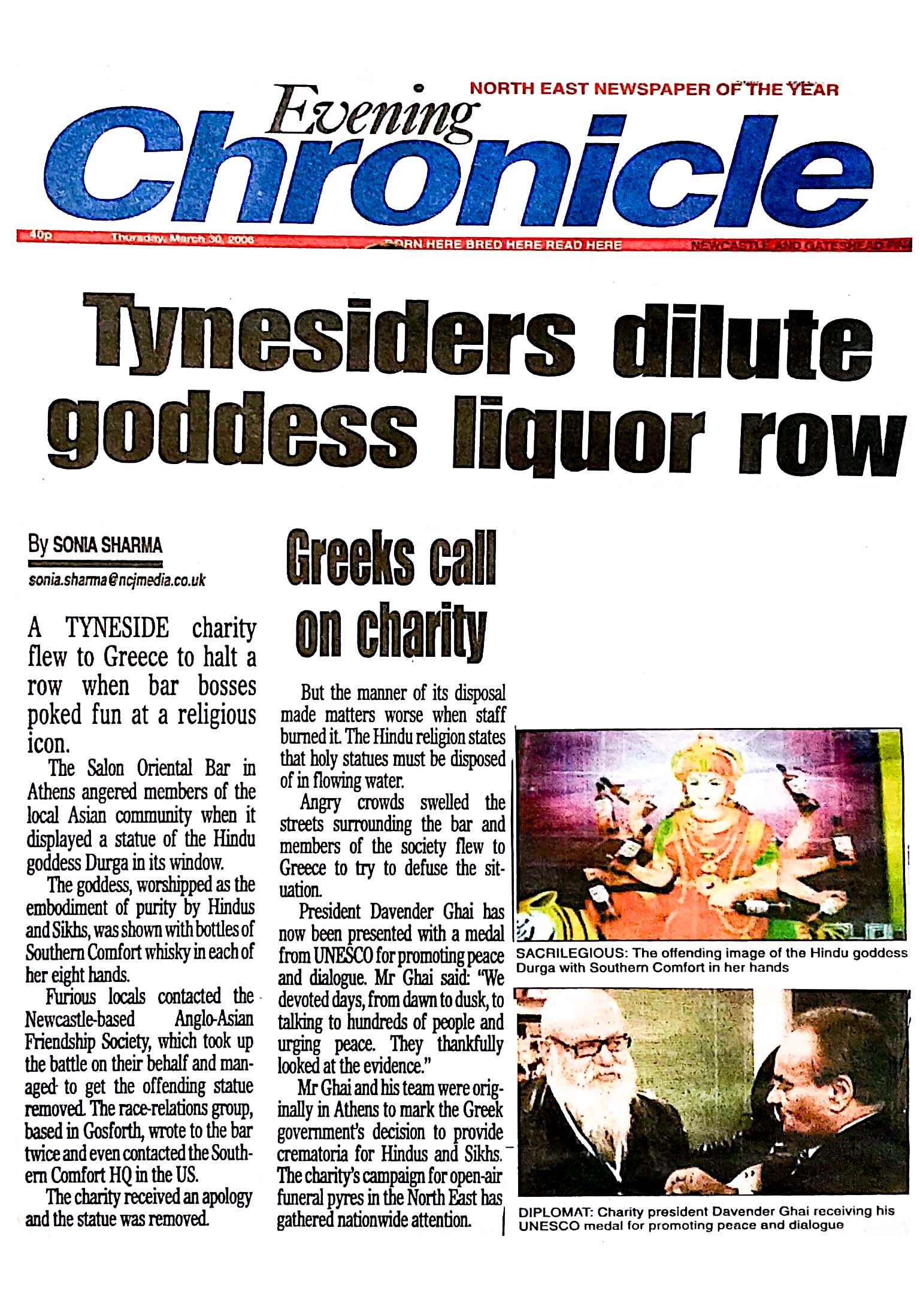 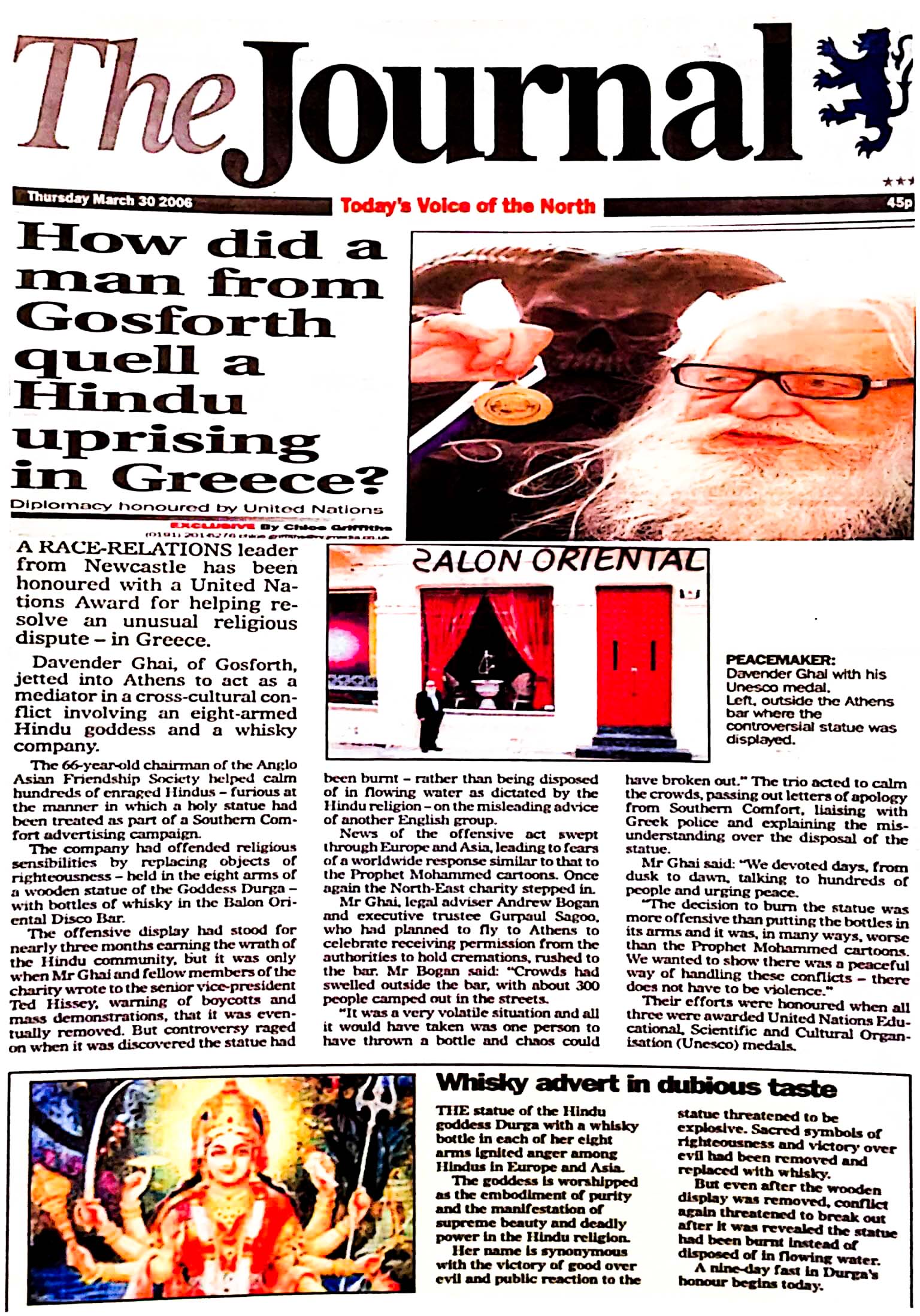