In January 2007, Baba Ghai was joined by Kusam Vedhara, Ms Kiran Bali MBE JP and Andrew Singh Bogan in a pan-European delegation formed by the Middle East Peace Initiative, comprising of the executive mayors of Watford and Bruges and teams of civil servants, journalists and conflict resolution analysts.

Delegates were provided with highly privileged access across the West Bank, where we independently reviewed schools and refugee camps in the occupied Palestinian territories (oPt). Detailed briefings by United Nations OCHA (Office for Co-ordination of Humanitarian Affairs in Jerusalem were followed by multi-party talks with members of the Palestinian Legislative Council, the Mayor of Bethleham and meetings with Members of Knesset (Israeli Parliament).

We listened to the countless personal tragedies of Israelis and Palestinians alike, united by tears and memories of lost love. Six in every ten Palestinians lived in poverty, then the 3rd largest humanitarian crisis in the world (after Congo and Chad). Public services had been paralysed for over a year before our arrival and the Palestinian Authority (PA) was collapsing under a US$572 million shortfall in public sector salaries, leading to en masse strike since September 2006. The West Bank was further brought to its knees by the accumulative effect of an international community aid embargo (in protest against the 2006 election of Hamas) and a complete cut-off from trade and tourism income caused by the Government of Israel’s ‘Security Barrier’.

The Palestinian Authority was also being denied US$100m customs revenue, withheld by the Government of Israel contrary to its obligations under the 1994 Treaty of Paris. We raised this issue during scheduled meetings at the Israeli Knesset and former Transport Minister Ran Cohen MK pledged to highlight our report on the Cabinet’s agenda. To our delight, on 18th January 2007 the revenue income was paid with provisions to ensure it was directly invested into designated health projects.

The AAFS’ Final Report was personally reviewed by Secretary of State for International Development Rt Hon Hilary Benn MP and we continue to raise awareness amongst our members.

“Thank you for not standing by like the Free World did during the Holocaust. You prove the world still cares.” 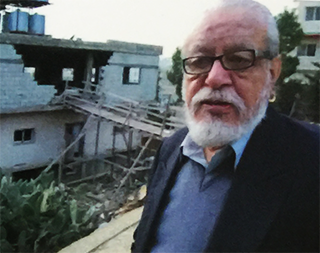 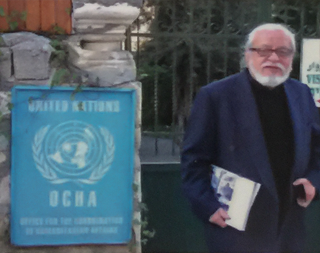 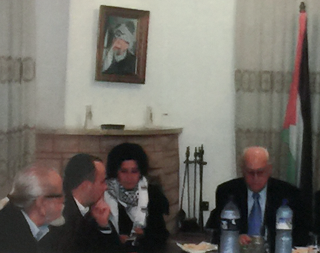 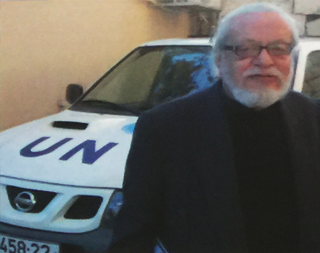 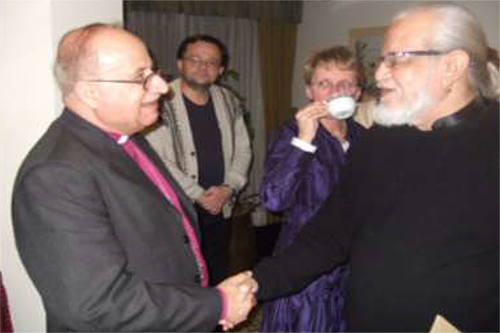 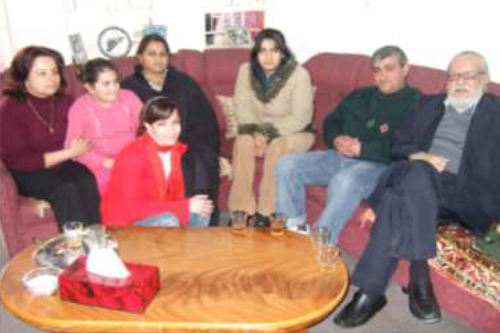 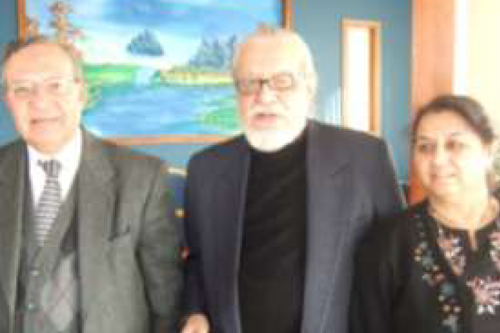 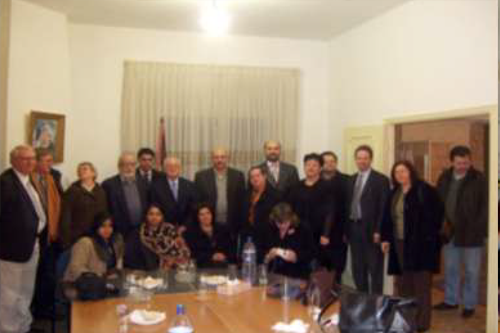 Baba Ghai with Bishop of Jerusalem